Nothing warms animal rescuers hearts more than seeing pets get adopted, and the only thing that tops this feeling is seeing all cages at the shelters empty. In Texas, many animal rescuers experienced this joy on Empty the Shelter Day held on August 16, 2014.

Empty the Shelter Day aimed to find homes for hundreds of pets across the Dallas-Fort Worth Metroplex, and thanks to more than 30 participating shelters, 2,217 pets found forever homes. 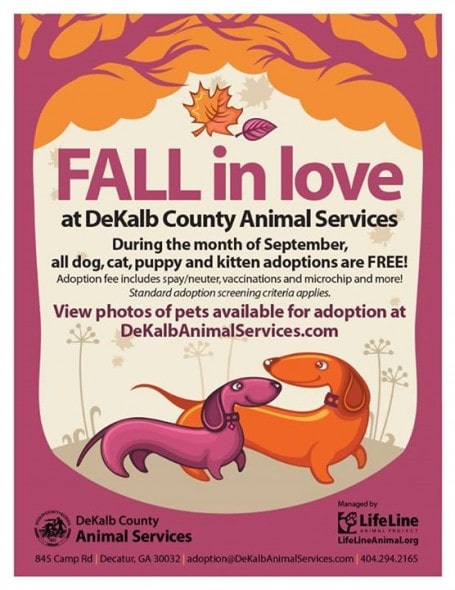 The population of abandoned and lost pets in shelters increases during summer months, and events such as this one help re-home animals in need instead of having them destroyed.

With adoption fees waived during this day, thousands of people lined up outside shelters for a chance to adopt a furry friend.

A Dallas News report said Irving Animal Services averaged more than 600 new animals a month since April, but by 10 a.m. on August 16, people had lined up around the building to adopt one of the 200 dogs and cats they had available for adoption that day.

Chicago’s Anti-Cruelty Society also waived their adoption fees during Aug. 22 and 23. They hoped to get 2,100 homeless animals adopted during the month of August, and even though they didn’t meet their goal, 1,364 animals found forever homes.

Empty the Shelter Day is not the only day animal shelters across the U.S. waive adoption fees. The Animal Foundation in Las Vegas is running a similar program on Sept. 4 through Sept. 7. All pets will are spayed or neutered, microchipped and vaccinated before they go to their new homes. Dekalb County Animal Services in Decatur, Ga., is also waiving adoption fees during the entire month of September.

Any day is a good day to save a pet’s life. If your local shelter is running a no adoption fee event, take advantage of the offer and bring home a four-legged best friend.
Standard adoption screening criteria still applies.