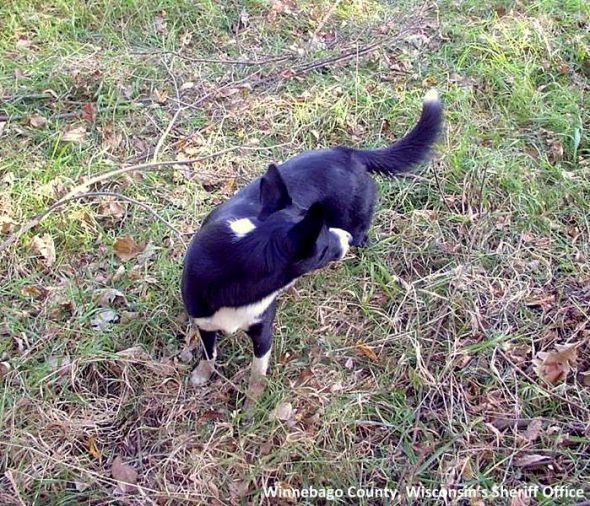 Last month, a 78-year-old man’s dog was shot and killed in a Wisconsin field. The murderer has still not been identified, but Sheriff John Matz personally got involved and presented the man with an adopted puppy named Lovebug to help him recover from his loss.

On March 7th, Mr. Carpenter was out walking with his two dogs off-leash and let them get about 100 yards ahead of him.  He heard a gunshot and called them back to him, but only one returned.  He found the other dead in a hay field.  Antone was a five- to six-year old blue heeler/shepherd mix, and they had permission to be walking in the field, so the person who shot Antone did so with malicious intent. 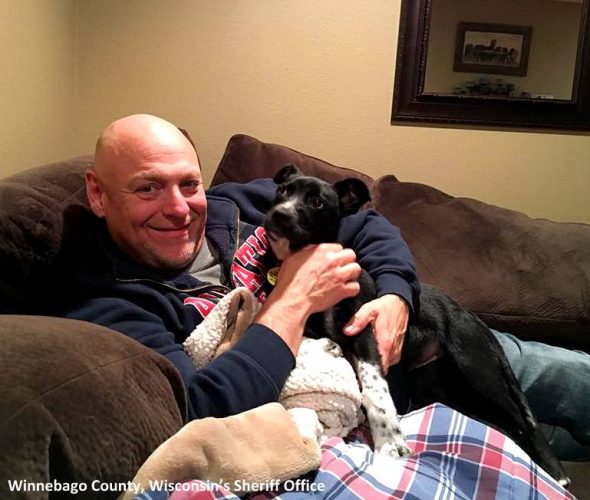 Carpenter was devastated by the loss of his companion, and he asked Sheriff Matz of the Winnebago County, Wisconsin’s Sheriff Office to help.  Sheriff Matz has not been able to find the shooter yet, but he made it his goal to help ease Carpenter’s pain by filling his life with new joy.

“After searching long and hard for just the right fit, the Sheriff picked up Lovebug last night from a rescue in southern Wisconsin,” the department said on Facebook.  “They got home late, so Lovebug spent the night at the Sheriff’s house… But Lovebug was promptly delivered this morning to Mr. Carpenter.”

Hopefully the culprit will be brought to justice, but in the meantime, hopefully Mr. Carpenter and his remaining dog will enjoy their future with little Lovebug. 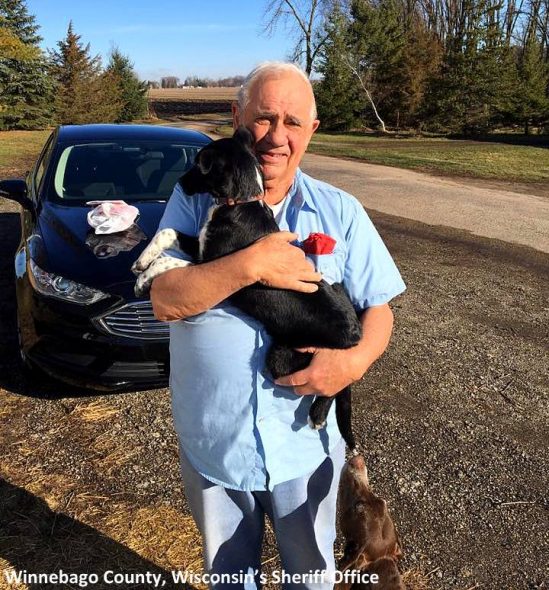