A Tuesday photo shoot in Bloomington, Illinois nearly ended in tragedy when a sheriff’s K-9 took a 60 foot flying leap. Deputy Jon Albee said he expected 4-year-old Belgian Malinois Keej to jump into the back of his his cruiser after having pictures taken for a department school program that provides inspiring dog photos to students. For reasons unknown, the dog turned and jumped off the edge of a five story parking garage.  Albee said he thinks Keej might not have realized he was at the top of the building. 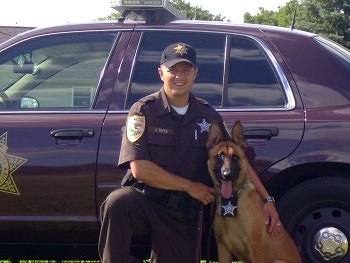 “My first thought was, ‘He’s dead.’ I didn’t even have time to say his name. I will never forget him leaping that wall,” said Deputy Albee. Albee immediately made his way down the stairway that led to the first floor of the garage and was shocked to find Keej walking back into the building.

The wonder dog had used the roof and windshield of a Kia Amanti to break his fall. Tina Braden, owner of the vehicle, said she couldn’t care less about the damage. “It’s really a miracle that he survived. My car must have been meant to be there for the dog to be safe. This is just a car that can be fixed, but for the dog, this is his life,” Braden said. 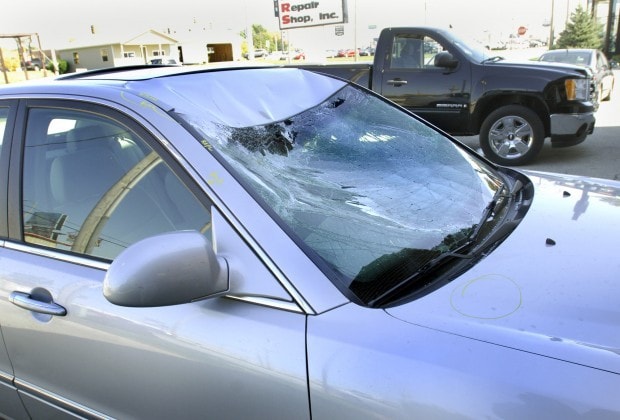 Albee said a vet exam revealed a few bruises but no serious injuries. Keej will be on desk duty for the next five days, but is cleared to return to work. Sheriff Mike Emery said: “If this was a test of his endurance or agility, he passed. But I wouldn’t want to see his next test be to see if he can outrun a locomotive.”

Emery said the county will pay for all necessary repairs to the vehicle.