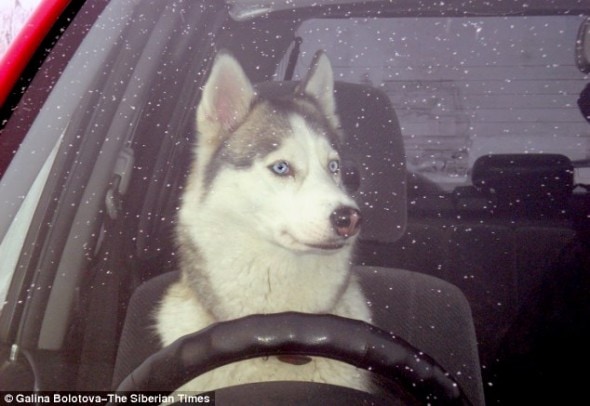 A shiny Mercedes-Benz along with a couple of other cars bore the full brunt of a husky puppy’s wrath in a Russian car park.

The puppy had been left alone, for a very short time.  Its owner had run into a nearby repair shop to pay a bill, and was going to be right out.  A bystander happen to see the dog thrashing about inside the cabin of the car.  He was clearly not happy about being left, as onlookers said the dog was ‘going mad.’

Somehow, against all odds, the dog managed to bump into the steering column where the wiring for the car’s ignition is housed.  By slamming into so hard, he managed to jostle in wires in such a way, it actually starts the car!

The car was already on an incline which helped get it moving.  Now, sitting behind the wheel of the car, the dog seemingly grabs the wheel!  The car did a bit of a semi-circle, with the husky in the driver seat, facing foreword, paws on the steering wheel.

The joy ride didn’t go on for long.  The car hit a Mercedes-Benz which was parked near the car, and then, hit a Ssang Yong (also a car).

When the police showed up, the laughter could be heard all over.  They simply had no idea who to name as responsible for the crash.  The puppy’s owner was quick to jokingly claim the dog to be 100% responsible for any and all damage done to the cars. 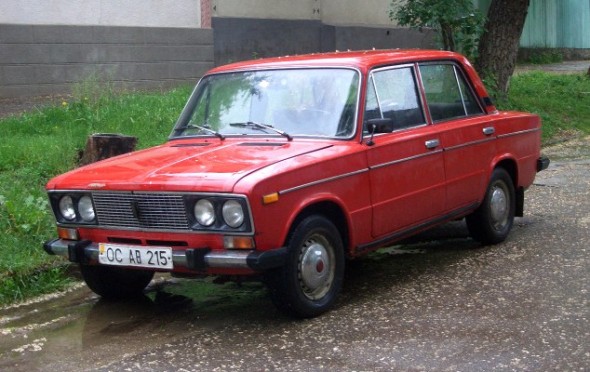