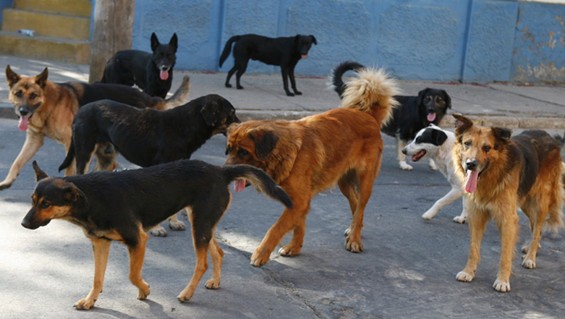 Police in Argentina have arrested six men linked to the killing of 200 dogs. The animals, some homeless and other stolen house pets, were poisoned with meat laced with strychnine. Five of the detained men are municipal employees.

Eduardo Gómez, presiding judge on this case told the media that the identity of the criminals will not be made public yet, however he assures the public that all six men have been charged with animal cruelty.

“The men acted in an organized manner,” said Gómez. “We still don’t know why they did it or if anyone forced them to do such heinous crime.”

When police searched the homes of three of the detainees, they found gloves and bottles with insecticides that were linked to the poisoned meat.

Verónica Nuestch, local veterinarian, reported the case when two poisoned dogs were brought to her clinic. Unfortunately one of the dogs didn’t make it but she was able to save the other dog, the only survivor in this ordeal.

It is believed the men fed poisoned meat to the dogs in an abandoned lot near San Antonio de Padua hospital. Fortunately the door to this lot was left opened and some of the dogs reached the hospital doors before dying. Doctors discovered the dogs and tried to save them, but it was too late.

“I took care of the only survivor dog,” said Nuestch. “The strychnine poisoning symptoms were evident. Generally, animals suffer from stiffness, have seizures and die from asphyxiation, all this while still being conscious.”

A trial date is yet to be set, but authorities are collecting witnesses’ accounts – especially from owners of the diseased dogs – building a strong case against the accused.