Paula Williams and her family were missing their dog, badly.  They had no idea where the dog hard run off to, but they let Kase out one day to do his business, and he just up and disappeared.  However, they were recently reunited, and the video of the moment she captured with her son and Kase was shared to Facebook, and quickly went viral.

“On Dec. 4 our dog Kase went missing,” said Williams.  “We let him outside to go to the bathroom and when we went to let him in he was gone.  My son cried and we went searching up and down the street, but couldn’t find him.” 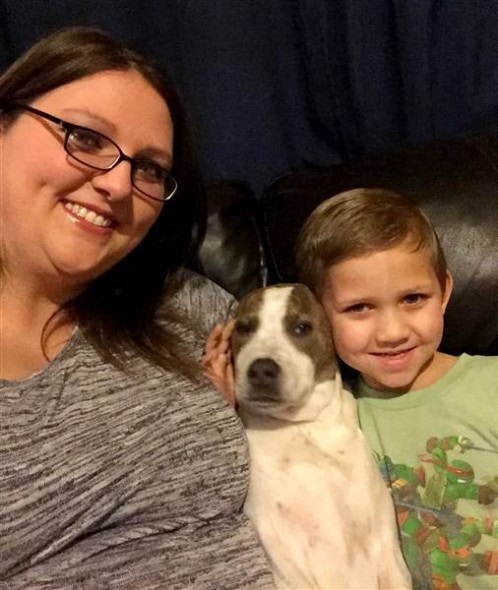 As if losing your dog isn’t bad enough, right at the same time, the area they live in was hit with a bad blizzard.  They got around 20 inches of snow in a very short period of time.  The family was really worried about Kase.  How would he survive out there on his own?

Not long after, Williams was in her vehicle on her way back from dropping her son off at his grandmother’s house.  She got stuck behind a bus, where she saw something that was entirely unexpected.

“I saw two little girls get off and then saw Kase run up to them.  So I pulled in and said, ‘That’s my son’s dog!’  The family said that the dog had come to their house, so they took him in, fed him and gave him a warm place to say,” she said.  “If they wouldn’t have taken him in we don’t know what would have happened.” 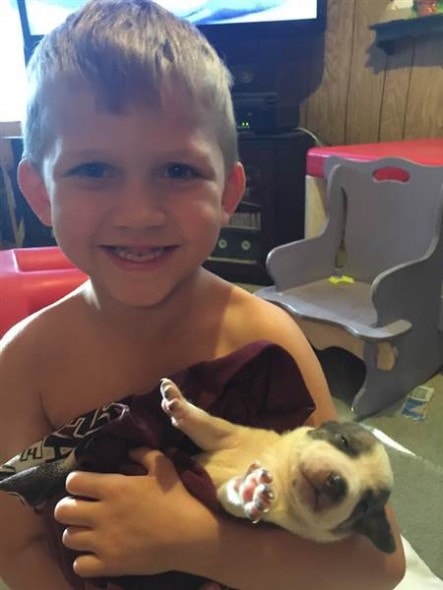 When Williams was able to bring her son and Kase back together again, she caught the moving moment on her cellphone.  Her so is practically beside himself with joy to have his best friend back.

“We’ve had pets since my son was born and he has grown up with them, but he’s never bonded with an animal like has with Kase,” said Williams.  “I had to stop myself from crying in that moment.  This was his dog.  My son picked him out from the litter and from that day on he said that was his puppy.”