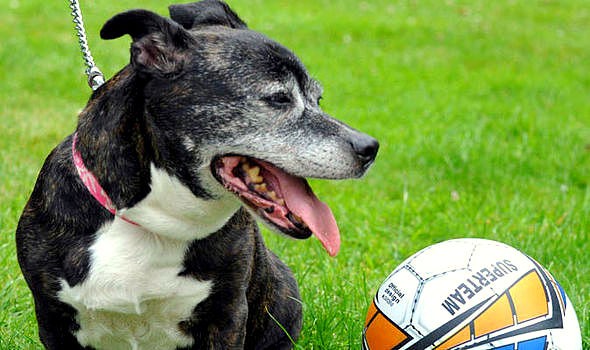 When Angela Ravenscroft noticed her dog putting on some weight, she brought her to the vet for a check-up.  She was shocked to discover that Netta had a tumor the size of a soccer ball in her belly.  Thankfully it has been successfully removed and Netta is doing well.

Angela brought her dog to one of the UK’s many People’s Dispensary for Sick Pets for some advice on a doggie diet for Netta when she noticed her 15-year-old dog looking quite pudgy.

“I took her along to PDSA thinking that we’d get some advice on how to put her on a diet,” Angela said. “I was really shocked when they said it was a tumor on her spleen. Suddenly I thought I might lose her. It was awful.”

The vets said they’d never seen such a large tumor in a dog; it weighed nearly seven pounds.

“Netta’s owner was concerned she was putting on weight, but when we examined her we could feel an unusual mass, so we did some more tests, including an ultrasound, and discovered a large splenic tumor,” explained vet surgeon Laura Cartlidge. 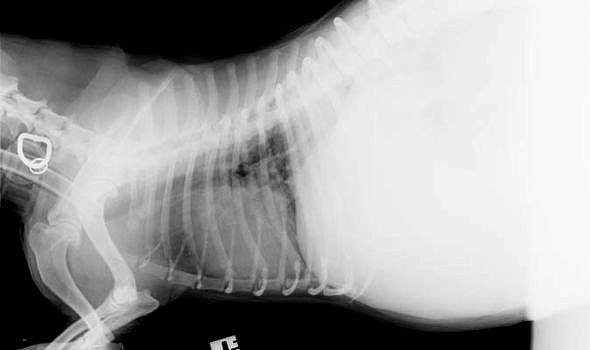 “Emergency surgery was the only option, though at 15 years old, it was high risk.

“When I started to remove the tumor everyone was shocked at just how large it was. It was the size of a small football.

“It was 30 centimeters in diameter (11.8 inches) and weighed more than 3 kilograms (6.6 pounds) and was one of the biggest tumors I’ve ever seen. Netta is only a small dog. It was eye-watering to see how huge it was.”

Netta made it through the surgery without complications.

“When I got the call to say the surgery was a success and Netta was recovering quickly, it was such a huge relief,” Angela said.

“I’ve had Netta since she was eight weeks old and we’ve been through a lot together. I’m so grateful to PDSA for their help in giving us more time together.  She means the world to me.” 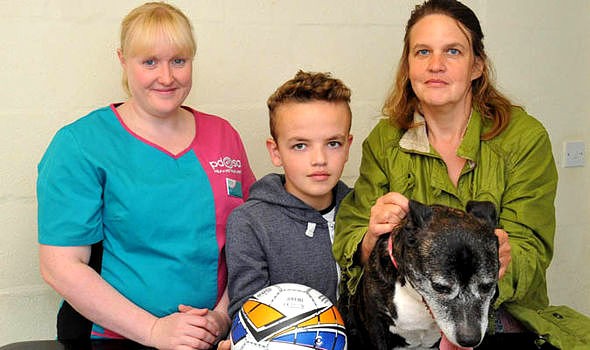