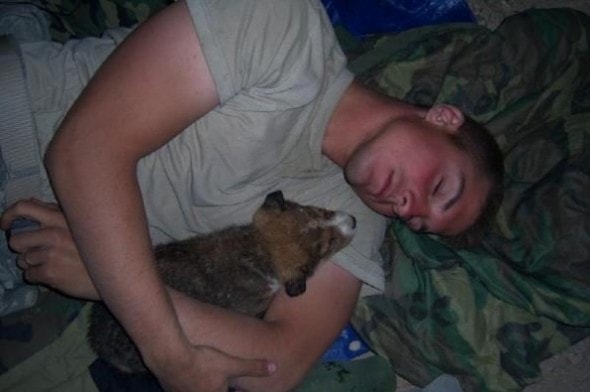 While on patrol on Afghanistan, Staff Sergeant Andrew Wahl found an abandoned puppy he named Thor. The two have developed a special bond and when Wahl returns home in February he is hoping Thor will be able to come too.

Staff Sergeant Wahl is on his second tour of Afghanistan and Thor has been a comfort to him during this tour. Thor is currently being looked after by Nowzad Dog Rescue and Wahl is raising the $4,000 dollars needed to bring Thor back to the United States with him, and he is almost to his goal. In the past 23 days 55 people have donated $3,840 on Wahl’s gofundme page.

Once the funds are raised it will take some time to get Thor to the United States, which is why the process is expensive. He will have to travel to Europe first and then to the United States. During that travel time Thor will have to spend time in quarantine and receive shots. When Thor finally makes it home with Wahl he will have a 7 acre property to run and play on. “I cannot explain why it means so much to me to do this, but failure is not an option,” Wahl said.