Therapy dogs are becoming more and more common place in today’s world.  Soldiers in the U.S. Military are often the ones seeking out these dogs to help them get over the stresses of battle.  And then there’s Joe.  He’s a therapy dog of different kind. 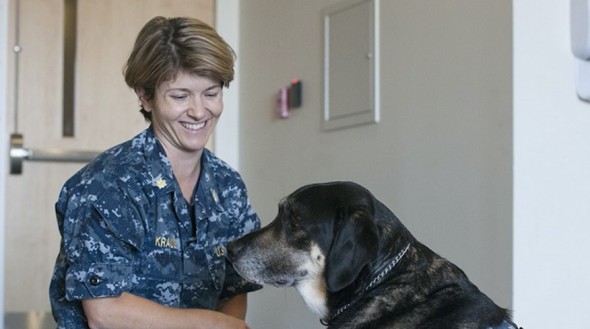 Joe is specially trained to seek out soldiers suffering from any number of battle related mental illness.  When he notices someone suffering from anxiety or depression, he knows just what to do.

Joe and his handler, Navy Lieutenant Commander Tracy Krauss, work out of Fort Belvoir Community Hospital, which is a military hospital in Virginia.  The two will go room to room in the hospital, and when Joe senses someone’s having troubles, he goes and lies at their feet. 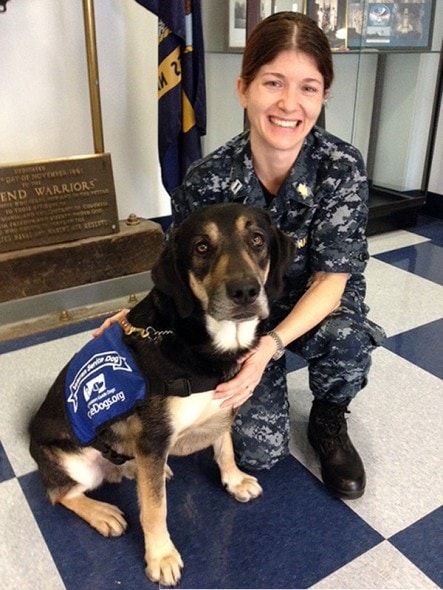 “He’s identified 47 people showing signs of emotional distress, 7 of those people admitted to having a suicide plan,” Krauss said in a video made by the U.S. Navy.  “He’s never been wrong. He’s an awesome dog.”

Krauss isn’t sure exactly what it is Joe keys in on, but whatever it is, he’s darn good at his job.  It’s thought to have something to do with everything from particular smells we put off under stress, and body language.  Whatever it is at the end of the day, what matters is that it is working.  Joe and Krauss are working together to save lives, and Jo makes it all look easy. 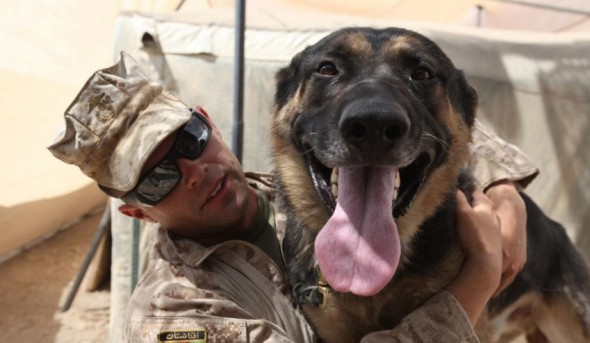