Frustrated by failed policies that have allowed the country’s stray population to swell, Sri Lanka’s government has lifted a moratorium on the killing of stray dogs. 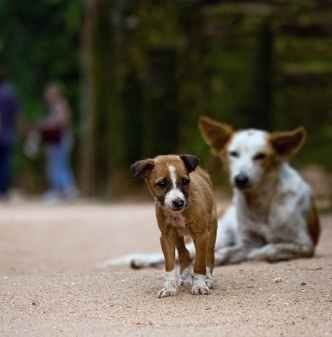 Health Minister Maithripala Sirisena told the Swarnavahini TV network that the government has decided that a mass cull was the most effective way to put a stop to the estimated 2,000 bite injuries occurring in Sri Lanka every day and costing the government over $13 million each year.

“Clearly our new policy has failed…,” Sirisena told the network. “As a government, we have decided to go back to the previous practice.”

A 2006 presidential order had made the killing of strays illegal, but Sirisena said that despite the good intentions of animal welfare groups who pushed for the change, those protections backfired on the people of Sri Lanka. With over three million strays wandering an island of 20 million human inhabitants, clashes are frequent and costly, and Sri Lankan officials are fed up.

Animal rights activists alarmed by the announcement claim that previous sterilization efforts failed as a result of of corruption and mismanagement by officials, and many are preparing for protests and petition campaigns in an effort to prevent what they see as a mass murder spree.

“We want the government to reconsider this decision and ensure a humane treatment of these animals,” said Satva Mithra animal rights group member Sagarika Rajakarunanayake.

A health ministry official confirmed that the government is considering a sanctuary for stray dogs in the northern region of Sri Lanka, but activists say it would be impossible to care for millions of dogs, and stress that sterilization is the best policy for long term population control.