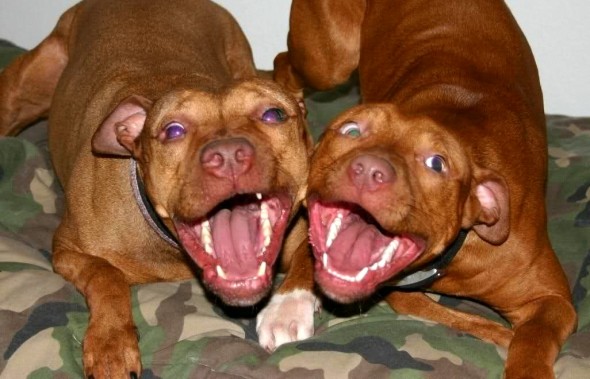 Connecticut Republican Representative Brenda Kupchick is introducing a bill that would ban insurance companies from discriminating against certain breeds of dogs by raising rates or canceling policies altogether.

“There are people who literally will have their insurance dropped because they have a certain breed of dog, which I think is ridiculous,” she said.

Owners of bully breeds, Rottweilers, Dobermans, German shepherds, huskies, and Akitas, are often forced to lie about what kind of dogs they have or pay much more than other dog owners because of the apparent liability.

While it is true that these kinds of dogs do tend to inflict more damage when they attack, it does not mean these breeds are more likely to attack.  Chihuahuas and Dachshunds don’t often cause much physical harm, but they are responsible for many of the bites people sustain, often because irresponsible owners don’t do anything effective to curb their pets’ aggression.

According to the Insurance Information Institute, dog bites accounted for nearly one third of homeowners’ liability claims in 2013.  Spokesman Michael Barry said insurers inquire about dog breeds “for the same reasons they ask about whether you have a swimming pool or a trampoline” – because of the higher liability of an accident.

Eric George, president of the Insurance Association of Connecticut says if Kupchick’s bill is written into law, “costs are going to have to be allocated everywhere,” meaning that all homeowners’ premiums might have to go up to cover the costs of the aggressive dogs.  Competing insurance companies might help keep those rises in check.

However, sweet, gentle dogs are being painted with the same brush as dangerous dogs just because they belong to the same breed.  This is no different than discriminating against human races, and it would certainly do more than ruffle a few feathers if people had to pay more for insurance based on their skin color or ethnicity.