Two years ago, José Andaverde needed a friend to look after his dog Chaos when he was going through some hard times.  But when the time came for Chaos to go home, the “friend” refused to give him up.  Now after what must have felt like an eternity, José has his boy back where he belongs – home.

“This is just a miracle!  I couldn’t be any happier – I feel amazing!”

José got Chaos when he was just a puppy.  He was homeless at the time; having gone through a rough divorce, he had nowhere to live but his car.

“Chaos helped me through so much in my life – I took him everywhere with me!”

But as the puppy grew, José knew that he couldn’t keep him cooped up, so he had a friend look after him temporarily.  However, three months later, the buddy wouldn’t give him back.  José was devastated. 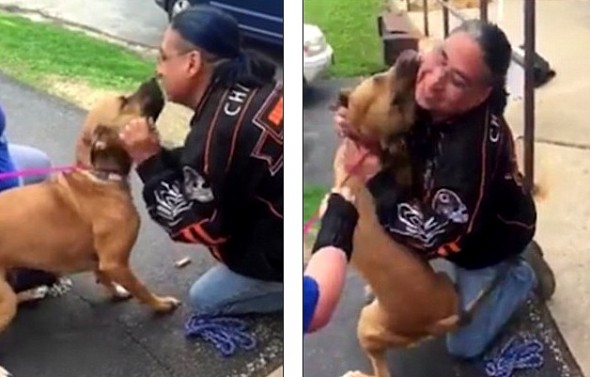 As the months passed, José got another dog.  And then as fate would have it, Chaos turned up in the driveway of an employees at Winnebago County Animal Services in Rockford, Illinois.

“We are unsure if the dog was abandoned or just got out accidentally,” the shelter said.

But he was microchipped, and when shelter staff called the number listed, they reached José.

“I was speechless and I couldn’t stop smiling.  I just couldn’t believe it,” he said.  “I couldn’t get to the shelter fast enough.  I couldn’t wait for it to open so I could see Chaos!  I left at 8 am and had an hour and a half drive, so I was very anxious.”

The reunion between them is tear-jerking.  At first, Chaos seemed nervous, but then it was like he was just in shock, and couldn’t believe who he was seeing.  The excitement quickly built up and before he knew it, José was being trampled on and covered with a torrent of kisses. 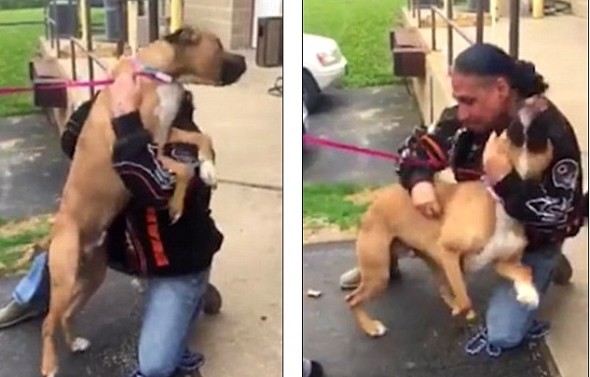 “I haven’t been happier,” he exclaimed.  “This has taken a huge weight off of my shoulders and has made my entire week!  Thank you so much to all of the staff for all you do.  I will always appreciate you!”

It took some time for Chaos to settle down on the way home to Wisconsin, but once he did, he spent the entire ride with his head on José’s shoulder.  He gave him a bath, and let his children be surprised to see Chaos waiting for them when they came home from school.

Since getting Chaos back, José has been a strong advocate for people taking the time to have their pets microchipped.

“Pay the microchip fee!  That fee versus never seeing your dog again is totally worth it!”

“As soon as they met, they started playing and running around, acting like they have been together since they were puppies!” 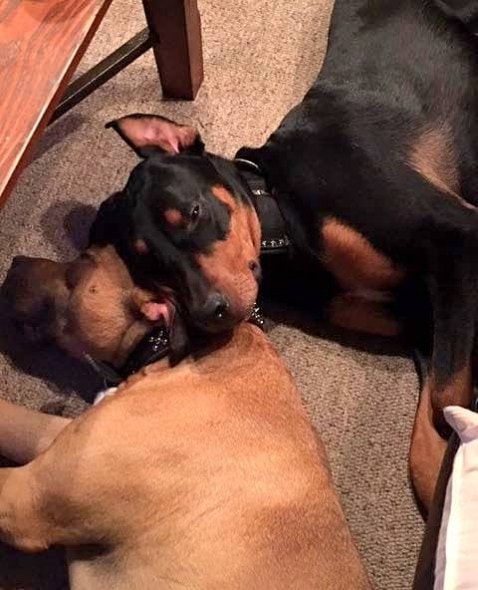