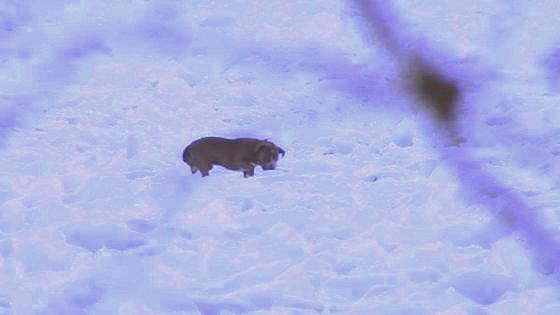 When police and firefighters declared it too dangerous to venture out onto the frozen Delaware River in Trenton, New Jersey to rescue a stranded dog, two men risked their own lives to bring the dog to safety and return him to his anxious owner.

Duke was far from the Delaware’s shore, well over 100 feet, with some reports saying 200 yards out on the ice. He was scared and disoriented, and would quickly succumb to hypothermia or drowning if nothing was done.

Police and firefighters opted not to risk their lives to go out on the incredibly jagged ice. Onlookers stood on the shore, whistling and throwing food to lure in Duke, who’d been on the ice for over four hours. But the pit bull mix continued to evade potential rescuers. 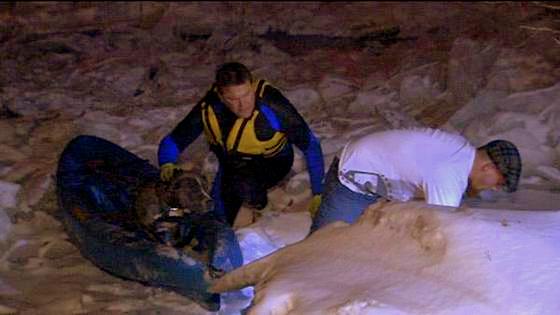 Officials from animal control called in Russ Miller, a retired firefighter and animal advocate with a wetsuit and a kayak. Miller brought his gear and prepared himself to make the heroic rescue. Ciro Silvestri heard about what was happening from a relative, and the animal loved rushed out to see what he could do.

“She said that the fire department wasn’t really wanting to do much about it, didn’t want to endanger themselves,” Silvestri explained. “So if they’re not going to do something, I will.”

Silvestri wasn’t even wearing a jacket, but the two men slid the kayak out onto the ice, careful not to puncture a hole that might have cost them their lives. Petrified and likely in shock, Duke refused to budge when they reached him, so his daring heroes had to lift the dog into the kayak and tie him in. It took 15 minutes to get back on land, and at least twice the men felt the ice nearly give way. 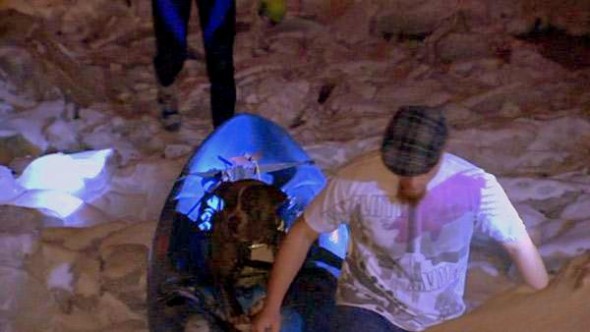 Duke’s owner, Keonna Wilson, arrived on the scene in tears just as the trio made it to safety. She said her dog had been missing for three days, and she had called all the local shelters and was just about to put fliers up when a relative saw a broadcast about the stranded pup.

Since Duke wasn’t up to date on his vaccinations, animal control took care of him and returned him to Wilson.

“I just want to thank whoever did it,” she said. “I thank you so much for risking your life for the safety of my dog, and I just thank you that he is safe and he’s okay and that the men are safe and okay.”