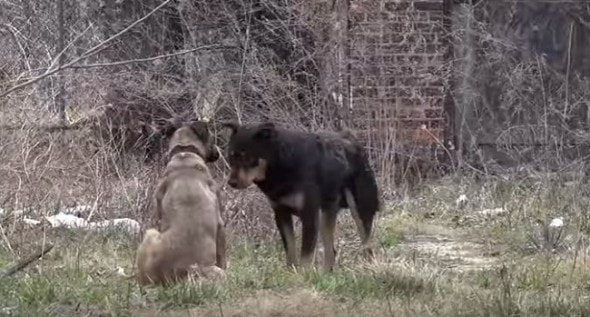 This video proves to be a fascinating study of how strays take care of one another when they suspect imminent danger.  Although the rescue group did not approach and was only observing at that point in time, it was clear the dogs were keenly aware of their presence and highly suspicious of the group’s motivations.

Toward the end of the video, one dog helps another who appears to have some kind of leg injury to a safer area, away from the prying eyes of the rescuers.  According to the supporting information that was made available by WA2s Films, they were working on  a program for FOX TV about drone use in searching for strays in the Detroit area when they happened across this pack. The voices heard in the background are the crew and the rescuers discussing the behavior of the strays.  The rescue group has been involved in on-going rescues of this pack.