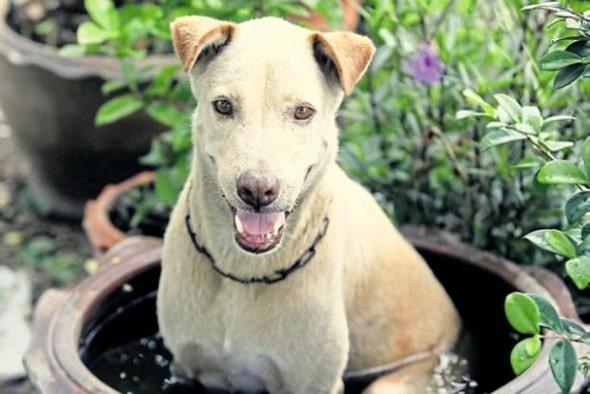 A street dog in Thailand became a hero when her motherly instincts kicked in and she saved the life of an abandoned newborn baby who was about to become dinner for two other street dogs.

The incident occurred in the Muang district of the Chonburi providence.  Mr. Noi Pongsakorn was on his way to buy dinner when saw two dogs fighting over and snapping at what appeared to be a doll.

Out of nowhere came Nom Sod (meaning fresh milk), a female stray dog he often fed.  She scooped up the bundle with her teeth and ran off, but not before growling at the other dogs and letting them know she meant business.

“At the time I didn’t think it was a baby and thought it was a doll, until I heard it crying and walked closer to Nom Sod,” Pongsakorn explained.

Nom Sod was in full protective mode, and it wasn’t until Pongsakorn brandished a stick in her direction that she gently put the baby down. 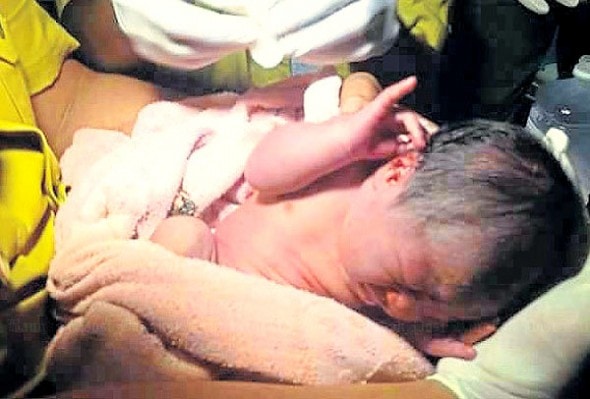 Police and paramedics were called.  The tiny baby girl, who appeared to have been born prematurely, was reportedly pale green and covered in bite and scratch marks.

On Monday, Police Colonel Chuthares Yingyongdamrongsakul praised Nom Sod for her heroic actions.  He bought her a collar and brought her some grilled chicken as a reward.

Witnesses reported that a motorcycle had been parked near the garbage bin about 30 minutes before the dog scuffle occurred.  Security footage of the area showed a woman whom police believe is the baby’s mother.

It is unknown how the 4.5-pound baby is doing, but Nom Sod is likely going to be treated like a queen by all the neighbors who know her.  Perhaps one of them will give her a home! 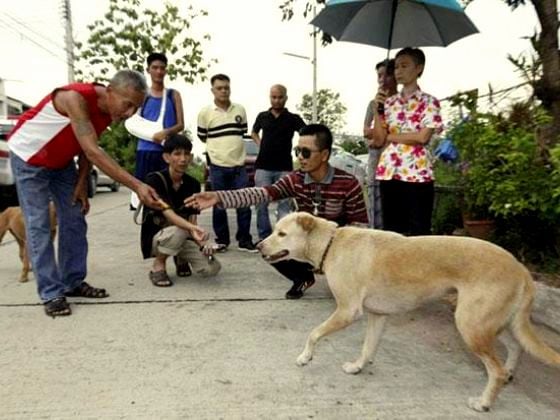