Street dogs in India are a common site all over the country.  With a copious population of people and street dogs there, sometimes the dogs can cause a bit of trouble now and then.  Now, in an effort to make the streets safer for everyone, dogs are being recruited to form a special security squad that will be deployed in busy market areas, hopefully to lower crime.

The idea to train the dogs has come from The New Delhi Municipal Council (NDMC).  Dogs from various locations will be picked for the training.  First, they will undergo much needed medical assistance, including full vaccinations, disease screenings and other general health check-ups. 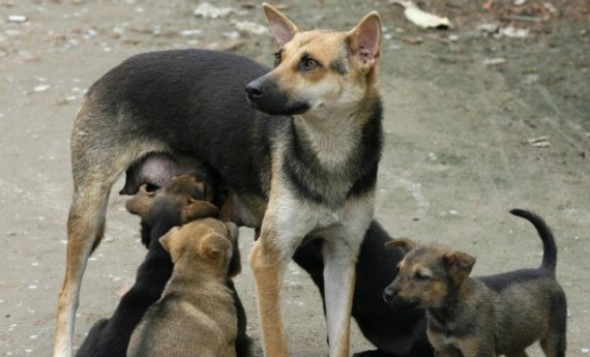 Jalaj Sirvastava, chairman for the NDMC said, “Our trucks pick up hundreds of dogs every day only to leave them back on the streets.  We thought an adoption program will help us provide security to people and also reduce the dog menace.”

The council is asking for the assistance of the Delhi Police in the training process.  The special dog handlers from the police department will train the dogs to provide an extra bit of security in places like bustling markets and parks.

“We do not expect street dogs to preform high-end security activities like the Delhi Police’s trained dogs do.  The idea, however, is to control them so that instead of running after a litter on the streets, they can be a friendly guide to market users,” said Sirvastava.

They are calling it the “May I Help You Force.”  The team will not only be made up of the dogs, but there will be specially trained handlers as well, all working together to help the general populace in many different ways.  It’s one very creative solution to an issue that has become a very big concern for the people living in India.  It’s also a great way to get the dogs some healthcare and get them off of the streets.

Animal rights activist Radha Unnikrishnan is 100% behind the NDMC’s decision, and is grateful that the dogs will not only be put to good use, but stop a large amount of the dogs from starvation, sickness and potential abuse by people.

“Hundreds of dogs die every day and their bodies decay on the roads.  This will engage the street dogs with the society and will also benefit people,” he said.