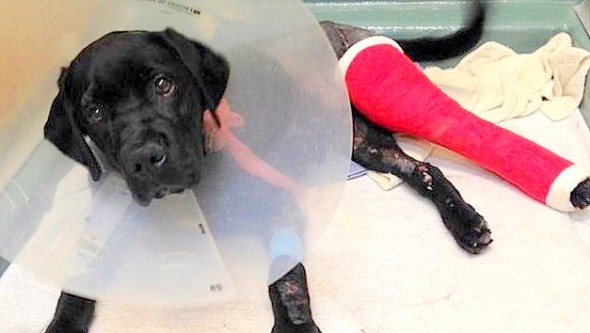 When college student Cristina Tamayo learned that her beloved Rottweiler-Lab puppy had been involved in a hit-and-run, she was faced with the difficult decision of euthanizing him because she could not afford the thousands of dollars it would cost for surgery.  But she found a vet willing to offer a payment plan, and hopefully will come up with the money through an online fundraiser.

On the morning of April 3rd, Cristina answered her phone to hear devastating news:  her dog Max had jumped the fence at her boyfriend’s house in Chula Vista, California and had been struck by a car that didn’t even stop.

Cristina rushed to the scene, not realizing how serious the injuries were.  Though Max’s face was dripping with blood, he was alert.

“When I saw him, he was fine, and once they picked him up to go to the vet, he started crying and crying,” she said.

Max had been in shock.  He had a broken leg, broken pelvis, dislocated hip and was in need of stitches.  It cost Cristina $500 just for this information at the initial exam.  It would cost another $4,000 for surgeries – more than the Southwestern College student can afford. 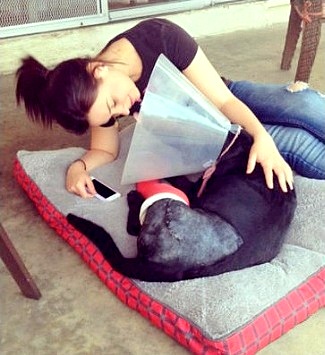 At only six months old, Max should have his entire life ahead of him.  And youth is on his side:  being so young, he has a better chance of having his bones heal properly.

Cristina refused to give up on him, so she sought out more helpful vets.  She found one in Rancho Santa Fe who charged only $2,000 for the surgery, and can put her on a payment plan.

“I’m just happy I got to give him a second chance and happy to see him peaceful,” she said.

Though the roughest part is over, Cristina still doesn’t know how she will be able to afford the entire bill.  So her sister-in-law, Ashley, has set up an online fundraiser with the goal of $2,000.  Even the smallest donation will help.  Anyone wishing to donate may click here.

Cristina says Max is recovering well.  He is still tender when she moves him, but should be fine with plenty of rest. 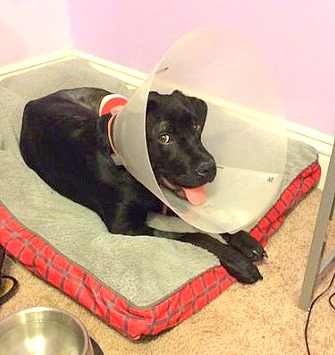