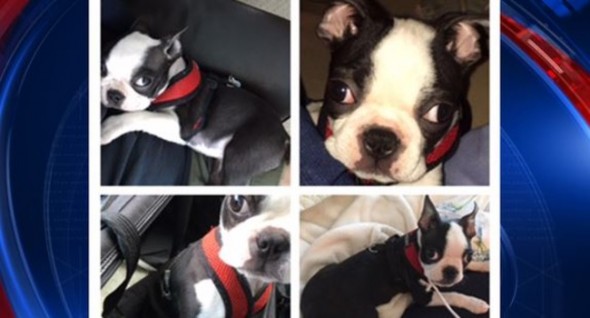 That’s a nice potential down payment on a college education!

Eighteen-year-old Rashida Smith received a $10,000 reward on Wednesday, after returning a four-month-old puppy to the heartbroken family from which it was stolen. Notable Republican Michael Steel, former press secretary to retired House speaker John Boehner and campaign adviser to Jeb Bush, along with wife Mary Kathryn, were happy to have their beloved pooch back home.

The dog was stolen from Steel’s parked car this past weekend, dog-napped following a smash-and-grab.

“We pulled into a parking spot at 9th and K, behind Acadiana,” Steel told The Washingtonian. “We got out and walked around the grassy area where K meets New York. I put her back in her carrier in the car, went to grab a bite to eat, came back, and the passenger side window was smashed.”

Steel theorized the thief may not have known what he or she was taking; Maggie’s carrier looks much like a regular gym bag from the top. The family was particularly concerned because Maggie had been suffering from giardia, a nasty diahrreal parasite, at the time of the theft and was not yet fully vaccinated.

It was reported that Smith found the pup, still in her carrier, at a D.C. Metro station. She took Maggie home, realizing who she was after seeing reports about her dog-napping on television.

“We are so grateful . . . Maggie is home!!!” Mary Kathryn Steel said in an email to the Washington Post, adding that Smith was pleased with the reward. “She said that she would have a better prom with it!”