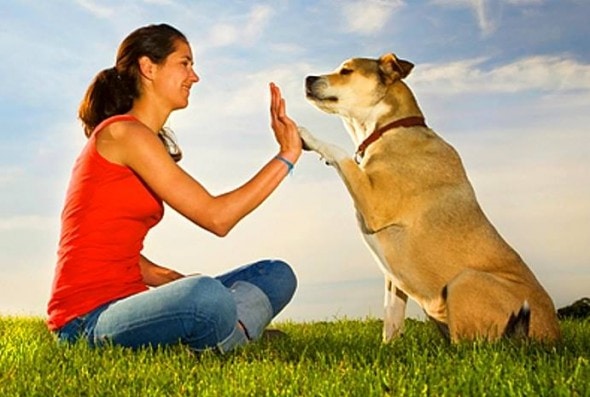 Have you ever noticed that there are several things we say to our dogs, repeatedly?  Well animal behavioral researchers Alexandra Horowitz and Julie Hecht have, and they’ve published their research showing that what we say and how we say it elicits particular responses in them, and why they are key to the dog/human relationship.

The researchers looked at 187 videos of human-dog playtime interactions.  Their samples came from all over the world, and was a painstaking, frame-by-frame analysis of what they saw.  They identified 30 specific styles of play like tug/pull, chase and roughhouse.

They also compiled a list of the most commonly used words while playing with our dogs.  They transcribed every video viewed to get the list and the top ten were as follows:

The study has been published in the journal Animal Cognition.  It suggests that a better understanding of how we talk to our dogs could be very helpful when it comes to more specialized training for a dog to be a service or therapy dog.  However, this wasn’t the only point of interest in the study.

They also noticed that female humans seemed to have far more physical interaction with their dogs while playing, while males in the study were more hands-off about 50 percent more.  It also showed that humans that feel a close connection with their dogs are happier people in general. 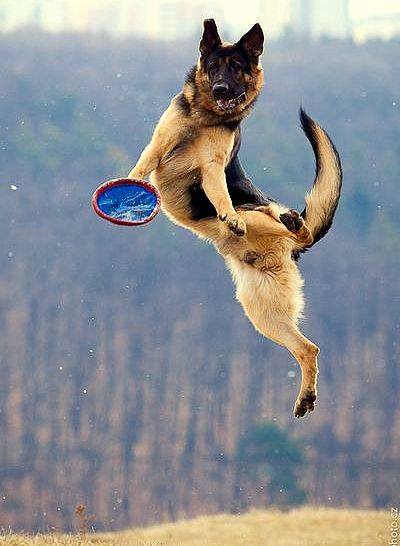 “I was surprised to see that different types of play (and different levels of activity and contact between person and dog) were correlated with different emotional experience for the persons: they had very positive affect in games like tug or wrestling play; much more neutral affect in fetch,” Horowitz said to CBS News.

While the differenced seemed to be far more pronounced in the humans, to the dogs it was all the same.  Attention and affection is exactly what the goal is, so as long as their getting it, it didn’t matter from whom it was coming.  In fact, the study stated that “dog affect was overwhelmingly positive the whole time.”

The study also showed something interesting about people that work all day with dogs.  According to the study, people that are vets or groomers and such, not only showed an increase in overall happiness, but had an even larger amount of fact-to-fact time with their own dogs.

“I hope it contributes to education about the range of play games that people share with their pets”, said Horowitz.  “I hope it inspires more playing with dogs.”