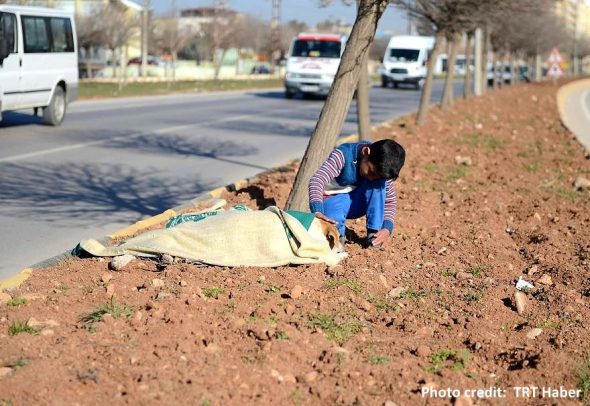 Hüseyin el-Hasan, an eight-year-old boy from Syria, saw a street dog who had been hit by a car outside his new home in Turkey.  The dog was lying on the side of the road, so he covered her with a blanket and crouched down next to her until paramedics arrived. 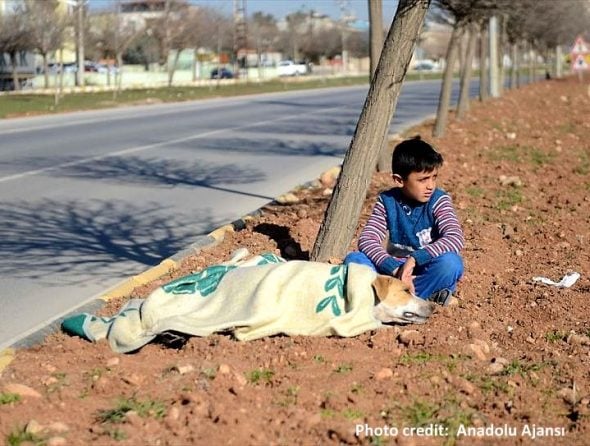 Though most people in the city of Kilis would have ignored this dog, caring not a bit for her suffering, it was a young boy who exemplified living by the golden rule.  Sadly, the dog didn’t make it, but at least she knew a moment of kindness and the touch of a soft hand. 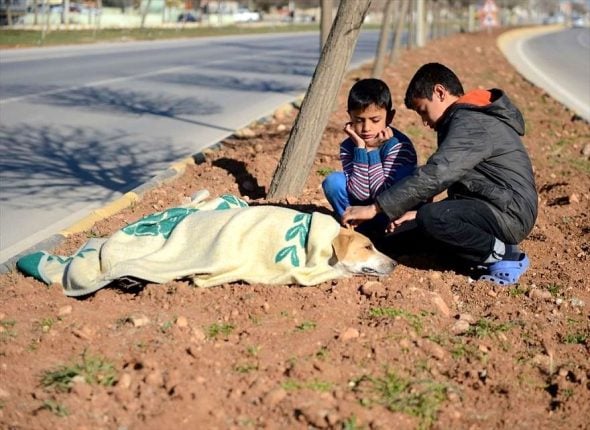 His own home barely has heat, but he took a blanket outside to provide comfort to the dying dog, and called for others to get help.  Animal rescue workers arrived and transported her to a vet, where she died a short time later. 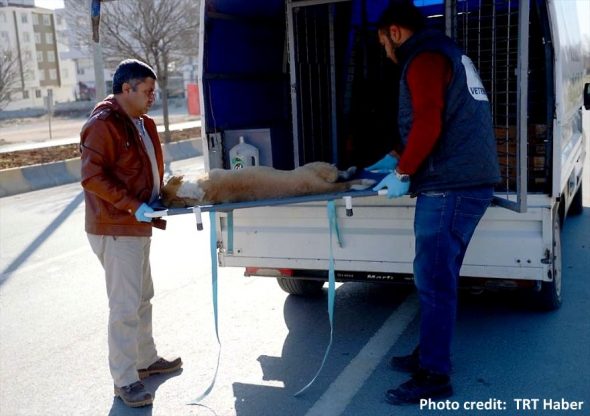 Poor Hüseyin was heartbroken that she didn’t survive, but his efforts did not go unnoticed.  Deputy mayor Cuma Özdemir stopped by his home to honor him for his heroic actions. 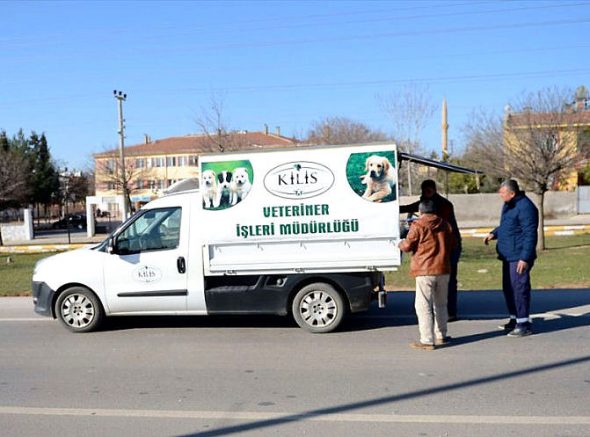 He said that while the boy’s deeds might seem insignificant, they represent the best humanity has to offer.  As a small token of appreciation, Hüseyin was even presented with new blankets to replace the one he had so selflessly given to the dog. 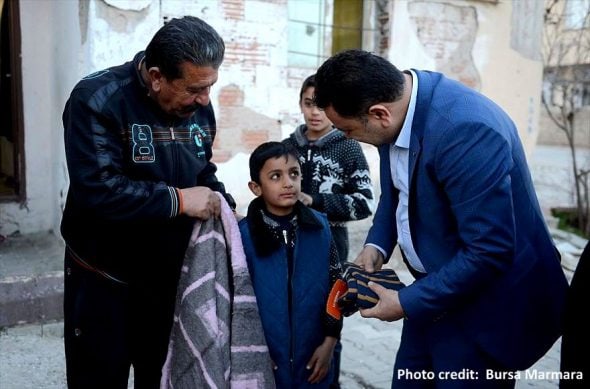 It’s clear that Hüseyin is a sweet soul with a deep love for animals.  As saddened as this event has undoubtedly made him, perhaps it will inspire him to devote his life to rescuing more animals when he gets older. 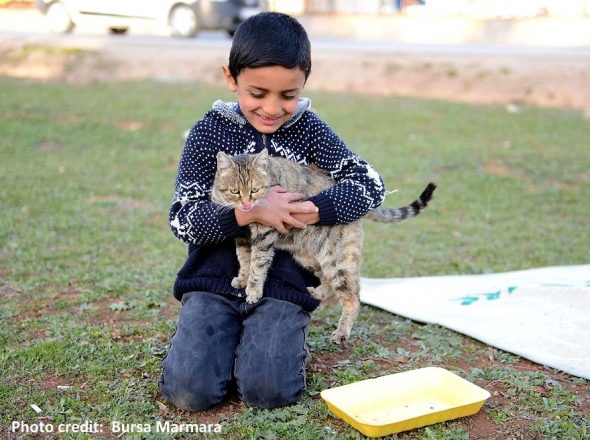