Madison Hazen could have been very badly mauled after a rabid fox attacked her in her yard.  Thankfully, 13-year-old Ricky Howard and his dog Domino were near enough to stop the assault.

The five-year-old girl was playing in her Pennsylvania backyard earlier this month when a fox bolted over and lunged at her.

“I was down there, and the fox was coming around. It got my pant leg, and I had to run,” she explained to WPXI.

Ricky and Domino saw what happened and sprang into action. 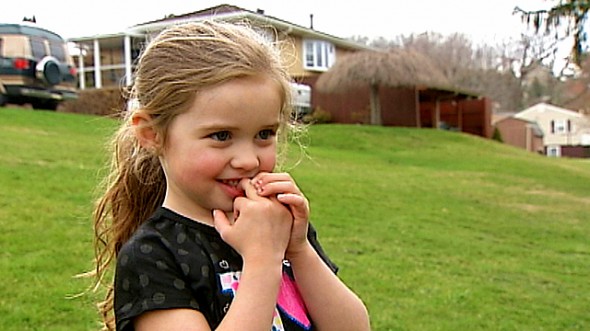 “I kicked it, and he came out when it jumped here. I ran up and got a shovel and started beating on it,” Ricky said.

Domino rushed out of his cage and grabbed the fox.

“(The fox) came around again, and it bit the dog three times before it got me,” Madison said.

The girl ran to get her parents, who were grateful for their neighbors’ assistance. 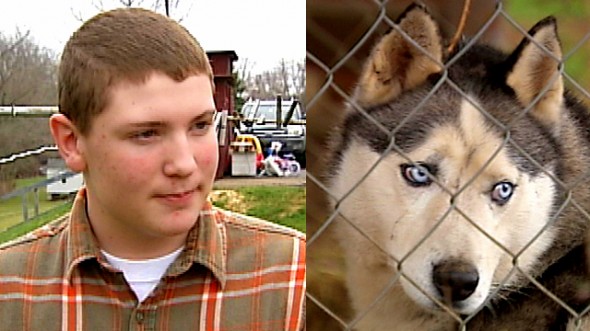 “We’re thankful for a neighbor like Ricky and a dog like Domino,” said dad Jared Hazen.  “She probably wouldn’t still be here. She could have got[ten] mauled. We’re thankful, real thankful.”

A few days later the health department determined that the fox had rabies.  Ricky and Madison had to endure the painful series of rabies shots, and Domino had to be quarantined.  Ricky’s family was told the devastating news that their dog may have to be euthanized.

“He’s always been a good dog, always been protective and loves kids. He just did what he would always do,” Ricky said.

Domino has not been vaccinated against rabies in years, but fortunately, he is showing no signs of the disease.