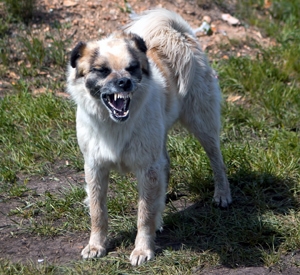 An anonymous call lead animal services to the Goulds in Miami, where 10 dogs were rescued from the latest trend in illegal dog fights, trunking.

Trunking refers to two dogs, locked in the trunk of car for fighting purposes. The brawl happens while a person drives the car for 10-15 min. and music is played loudly to hide the sounds of the dog fight. After time has elapsed, the driver checks on the dogs and discards the body of dead animal.

The anonymous caller told authorities that a dog owner was frequently throwing dogs in the trunk of a car, letting them fight to their deaths.

When authorities arrived at the scene, they found five adult dogs and four puppies in crates.

“The kennels did not have any water, food, or adequate shelter,” said Luis Salgado with Miami-Dade County Animal Services. “They were in feces and urine so the conditions were pretty bad.”

The animals were taken to Miami-Dade Animal Services in Medley, Fla. Veterinarians examined the dogs, most of them were covered in scars and open wounds. One dog had recent injuries, a broken wrist and an injured eye. The dogs were not aggressive towards the staff.

“Usually, dogs that are used for fighting are very loving of their owner. They actually fight to please the owner,” said Salgado.

Unfortunately, the owner of the animals was not found and authorities are still looking for the person. Animal Services is working to get custody of the dogs. They will be placed for adoption.