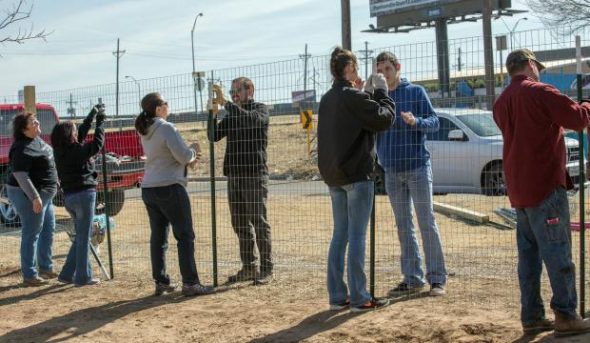 A recently formed charity out of Amarillo, Texas called the Texas Panhandle Pups Unchained is taking big steps towards its mission to unchain dogs all over the area.  The group is dedicated to ending tethering, and to help they have installed some new fencing to contain dogs within their yard, leaving them the freedom they need and deserve to roam a bit more freely.

“The dangers of chaining dogs are many, to both the public and the dog,” said Melanie Henry, TPPU’s founder.  “The American Veterinary Association and Centers for Disease Control warn that chained dogs are about eight times more likely to bite and have significant behavior problems.  In addition, chains often catch on obstacles, making it difficult to reach food, water, or shelter and tethered dogs are vulnerable to attacks from other dogs and wild animals.  When I first started trying to figure out some way to help dogs that were chained up, I thought of creating an organization, so I started Googling.”

While doing the research, Henry came upon a group out of Portland, Oregon called Fences for Fido.  Their mission is very much the same as the TPPU’s.  Henry got in contact with them, and some members of the group came out to set things up in Texas. 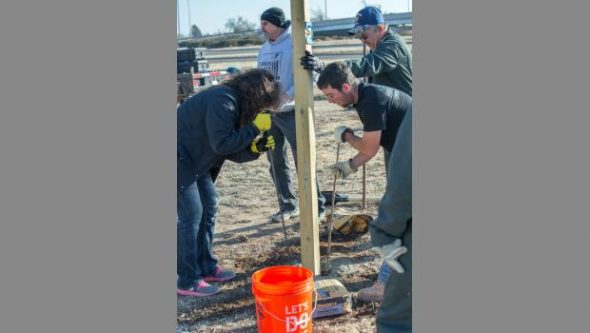 Henry then did what seems to be the new norm.  She took to social media looking for volunteers to help with the cause.  Much to her surprise, the local response was immense.  People all over the area were responding, ready to assist with whatever they could.

So far, they have put up fencing in five yards for five dogs.  They’re not stopping there either.  Henry is 100% committed to assisting dogs and families in need.  She has already got permission from two other property owners to set up fencing for them.

“Most people have wanted a fence…but haven’t had the money,” said Henry.  “That’s probably 90 percent of people that we get.  There’s some people that just won’t answer the door.  I’ve tried one house twice, and they just will not get back in touch with me.” 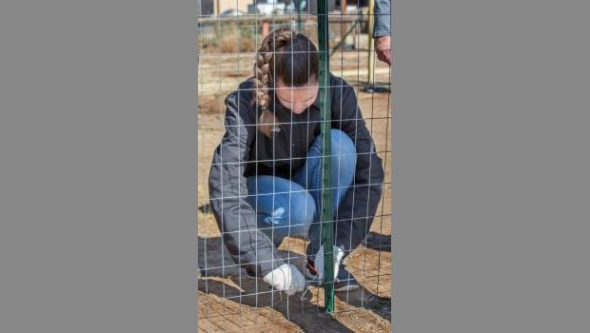 Henry isn’t discouraged by this.  In fact, it only makes her will and dedication to the cause stronger.  Along with the fencing, the TPPU also works to provide shelter for dogs that don’t have what they need, and also they help with population control.

“Our first deal is the fences, to get them unchained…and if we have the funds, we do want that dog to be spayed or neutered, so we will ask the owner [if they are willing] if we pay for it,” said Henry.

You can see the TPPU’s Facebook page by clicking here, or you can click here to make a donation to this very worthy cause.