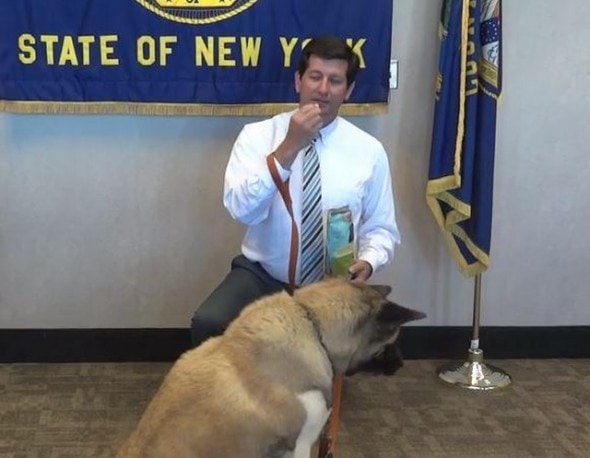 You would have to have been living under a rock if you’re not familiar with last year’s internet sensation, The Ice Bucket Challenge.  It was a way to raise money and awareness for ALS, and call your friends out to do the same.  Well, the SPCA is starting a new challenge, and this one may not be for the faint of heart.

They’re calling it The Dog Biscuit Challenge, and the idea is fairly simple.  Instead of drenching yourself with icy, cold water, you make a video of you eating a dog biscuit, call out some friends and challenge them to do the same, then post the video to some form of social media.

SPCA Spokesperson Gina Browning said the money would partly go to revamping the annual Paws in the Park fundraising walk.  It’s a large charity event that has been around for quite some time, and could use a good overhauling.

“A lot of people who attend the dog walk or who hear about the dog walk think that that money is just going toward the dogs at the SPCA, but that isn’t true,” says  Browning.  “It’s going to the entire organization so all the animals, dogs, cats, our farm animals, our wildlife department, small animals.  All of these animals are helped with proceeds from Paws in the Park and the Dog Biscuit Challenge.”