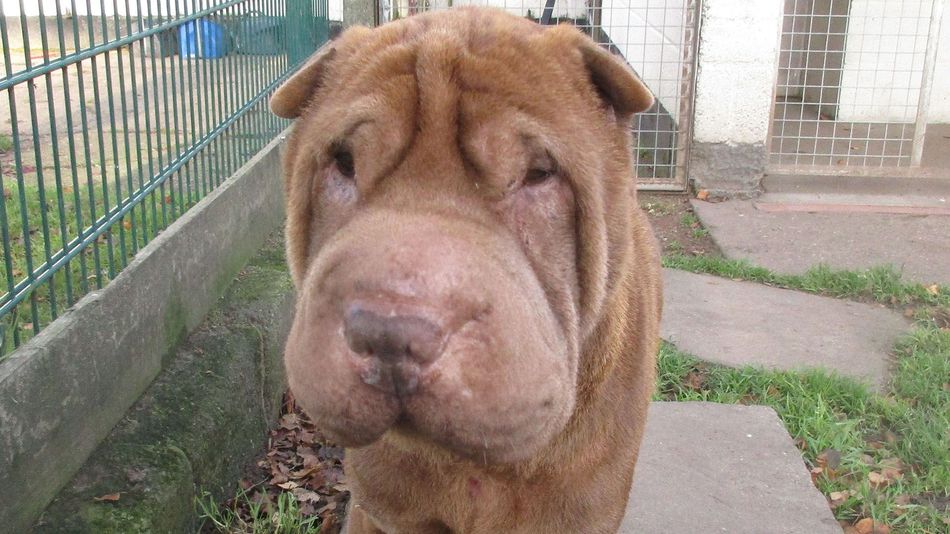 Hector is a dog that was rescued in the UK by Halfway Home Dog Rescue out of Collingham.  He had been abandoned, and they stepped in to stop him from being put down because no one claimed him.  Now, the rescue is asking for help from anyone willing, as his skin is rubbing into his eyes, and without a surgery, he will go blind.

It may sound a little bit silly, but what Hector needs is a face-lift.  As is common in the Shar-pei breed, and one of the reasons they’re loved so much, Hector has a wrinkly face with lots of extra skin.  Due to neglect and an overgrowth of the skin on his face, it’s now rubbing into his eyes and could cause him to go blind.  The rescue needs between £1,500 and £3,500 (between $1,900 and $4,500 roughly), and are very grateful for all of the help they can get.

“He came off death row in a Northern pound after he had been picked up as a stray and [was] unclaimed by an owner,” Valerie Hosegood, founder of the rescue.  “He came to us in a very poor state weighing a third of his [ideal] bodyweight and suffering hair loss.”

“The skin is the main problem,” Hosegood said.  “Shar-Pei are bred to have these wrinkly faces, but in Hector’s case the folds are rubbing on his eyes and if not fixed he will go blind.”

We know that we have the best readers out there, and that you guys and gals help out every chance you can.  So, we’re asking that if you can, please consider clicking here to contribute to Hector’s surgery fund.  Thank you so much in advance!