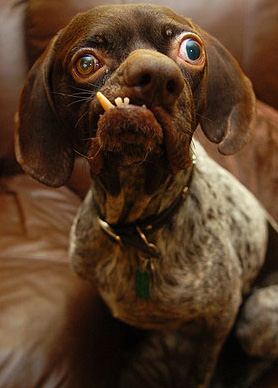 I’m feeling charitable, so rather than use the expression that other outlets will no doubt flog when these pics get out, I’m just going to refer to Doug here as exotic. 😉

Nicknamed Ug, this partially blind two year old pointer cross languished in shelters for months (presumably passed over for more traditional looking dogs) before April Parker spotted him on the Mayflower Sanctuary’s website. The 35 year old woman and her daughters visited Ug and were smitten, forking out £200 to adopt the pooch. 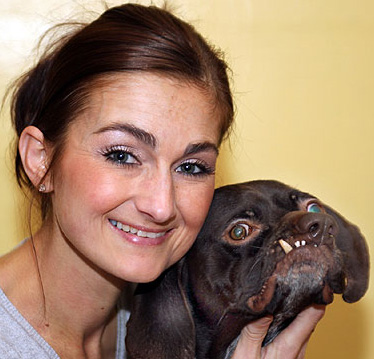 Parker says: “When people see him they do a double take. “He looks comical with his bug eyes and cross teeth and he’s always bumping into things. But he has a fantastic temperament and is really loving.”

27 thoughts on “The Most “Interesting” Looking Dog in Britain”