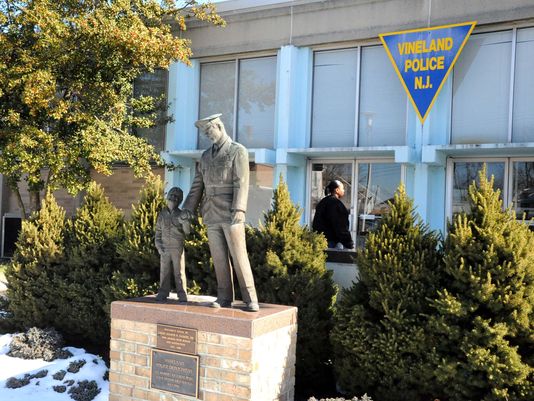 According to a police report out of Vineland, New Jersey, some people stole a Staffordshire terrier named Jack from his family.  Not only that, but the report also says that the two thieves alleged responsible for the theft had then tried to sell Jack to someone that actually knows Jack’s family.

Jack was brought to the police station by the good Samaritan on Friday, around 10:50PM.  Police were informed of the incident, and an investigation was started.

The man had said two men approached him asking if he would be interested in buying a dog.  The man then called them out for being thieves, and stealing Jack. He took the leash from them, and after that, the two thieves fled the scene.

Jack is home with his family once again, thanks to someone who knew Jack, and the family that was missing him so badly.  The two suspects are still out there, and police are asking anyone with information to call them as soon as possible.  They can be reached at (856) 691-4111.