Dwayne has had a wretched life so far – a wired bound around his muzzle, beaten, scalded with hot water, and attacked by other dogs.  But now he is in a safe and loving foster home, and will hopefully only know happiness from here on out.

The two-year-old pointer mix was saved from misery in Tijuana.  His owner bound wire around his snout so tightly that it swelled up and allowed the wire to cut through his skin, and regularly beat him with sticks and kicked him around. 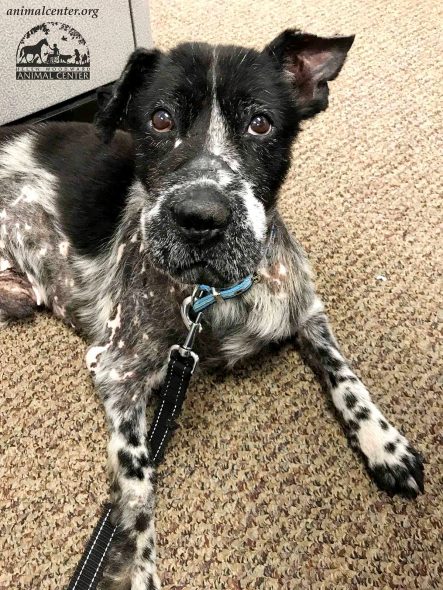 After the owner was jailed on an unrelated offense, the poor pup was left to wander the streets, where locals threw scalding water and rocks at him because of his deformities.  Later, he was attacked by a pair of loose pit bulls who nearly tore his ears completely off.  At some point one of his legs came out of the socket and his ankle twisted, and he just learned to cope with his battered body.

But Dwayne could barely breathe, and his body was riddled with injuries.  He might not have survived much longer on his own.  Thankfully, an independent rescuer saved him, took care of his fresh injuries, and reached out for help from Companion Animal Hospital Chief Veterinarian Patricia Carter for the older ones. 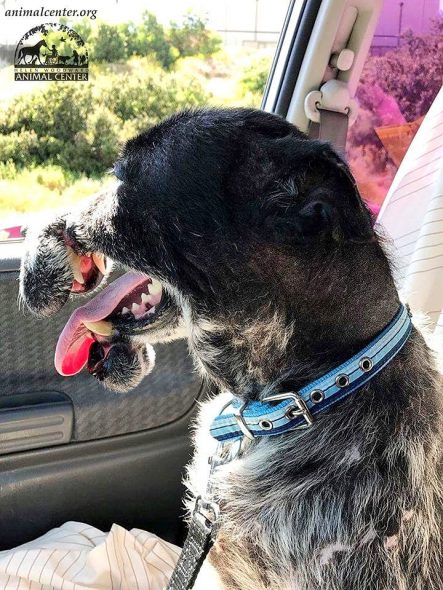 “I immediately contacted our president,” Dr. Carter told the Helen Woodward Animal Center in Rancho Santa Fe, California. “You can’t look at this dog and not want to do everything in your power to help him. I knew he would say yes.”

And naturally, he did.  The dog’s injuries are so severe that no one else would agree to help because they just do not have the means.  It will cost so much to mend the damage that many other animals would be left suffering just to cover the costs.  A $20,000 fundraiser has been set up to help Dwayne, and because of the massive amount of publicity this story is receiving, it’s already nearing its goal. 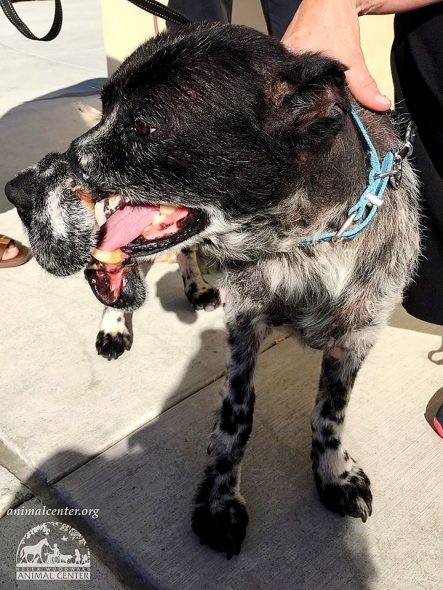 The dog was named Dwayne “The Rock” Johnson for his perseverance and unfailing sweetness.  Despite the hardship he has endured, he is thriving.

“This beautiful dog took all the despicable abuse and neglect man can show to an animal, and still he wouldn’t turn on mankind,” stated Mike Arms, the president and CEO of the rescue group. “Helping animals like this is at the heart of Helen Woodward Animal Center. This is what we stand for and we’ll do everything we can to care for him and protect him.”

The road ahead of Dwayne will be a long and arduous one, but he is surrounded by many supporters and is in a loving foster home.  He will be available for adoption when he has made a full recovery. 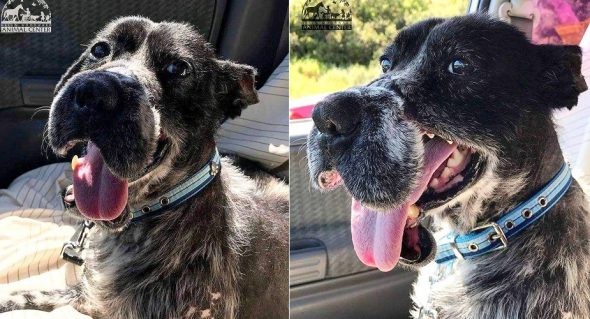