Written by Neely Conway and originally posted on BarkPost:

It’s no secret that I’m a fan of pit bulls. As a mother to two and foster mom to many, I have always had a soft spot for a dog with a blocky head.

And although I wish I could say I’ve taught these dogs a thing or two, it would be a disservice to the role they have played in my life. They have taught me way more than I could ever begin to teach them.

When I picked Elly up from the shelter, I wrapped my arms around her belly and awkwardly placed her in my backseat. She rested her head outside the window, just enough to feel the air. She was an older, overweight pit bull mix who needed a foster home to recover during her heartworm treatment. We had no idea she would end up staying with us for eight months as she endured and recovered from many illnesses, infections, and hardships. 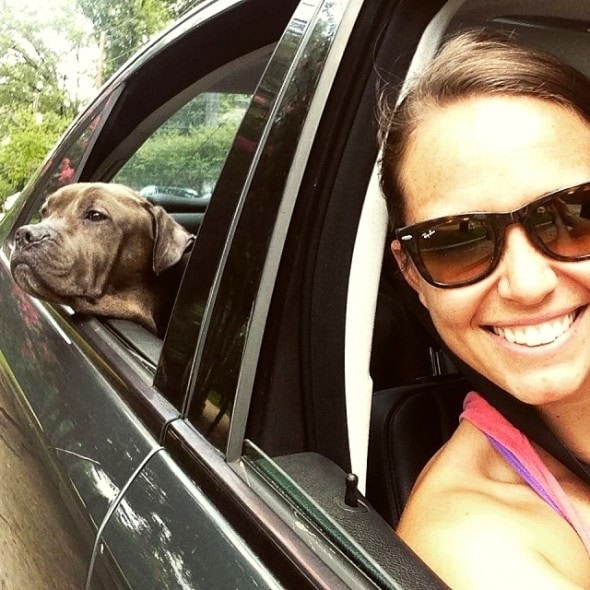 During those months, Elly would ride everywhere with me, her face poking out the window. Those were some of my favorite moments with her, and I can’t help but think she would agree. Even now, three months after she’s been adopted, I still miss her in my backseat.

I could argue for hours about the benefits of adopting a shelter dog, as opposed to purchasing a dog from a reputable breeder. But at the end of the day, nothing can quite compare to their ride away from a life of confinement towards a life of freedom.

Nothing can compare to the loud snoring when their head hits their brand new bed. Or the excitement in their eyes when they begin to devour their first real meal. Or the first time they realize that you will always come back home.

Nothing can quite compare to their gradual realization that humans really can be good. 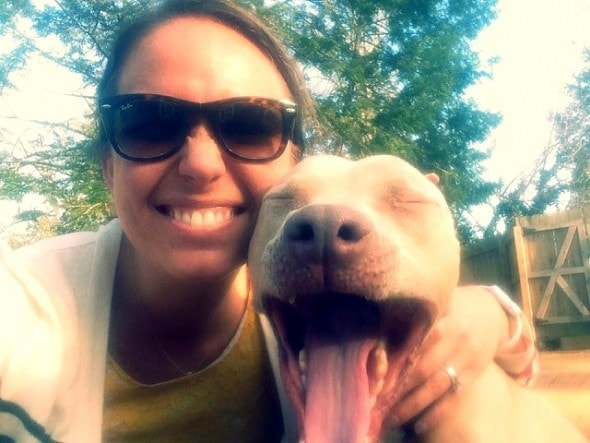 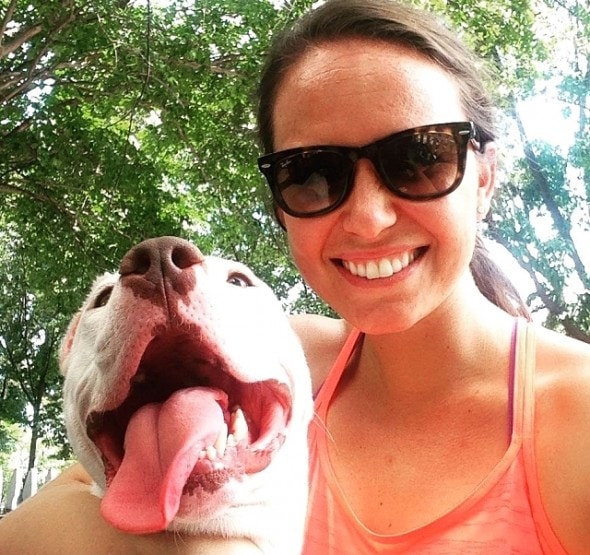 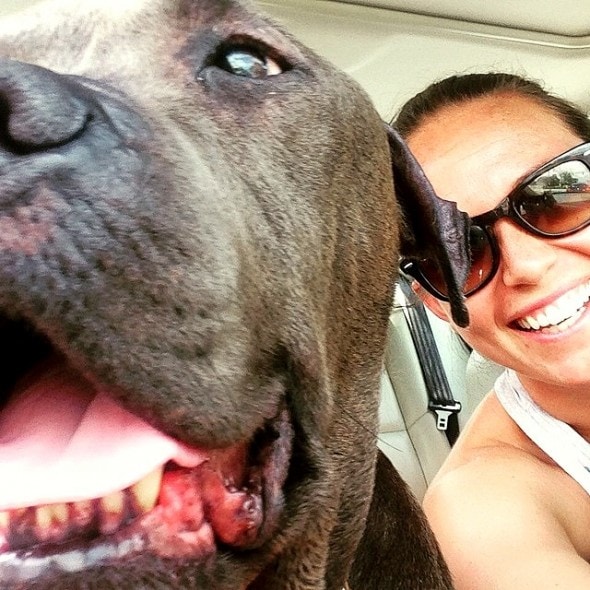 Lesson #3:  No Matter What’s Happened in Your Past, You Can Always Get Better

I first met Mari at the Fulton County Animal Shelter. She was the only dog out of a local fighting ring bust that was dog-friendly, but she was having difficulty warming up to humans. I knew immediately she’d be a perfect dog for our home.

The first few weeks presented many obstacles. Mari was terrified of me. She would shake in her crate as I walked by. She would plaster herself against my bedroom wall, begging for me to leave her. She would dart around the house frantically, hoping to find a spot where she could be alone. 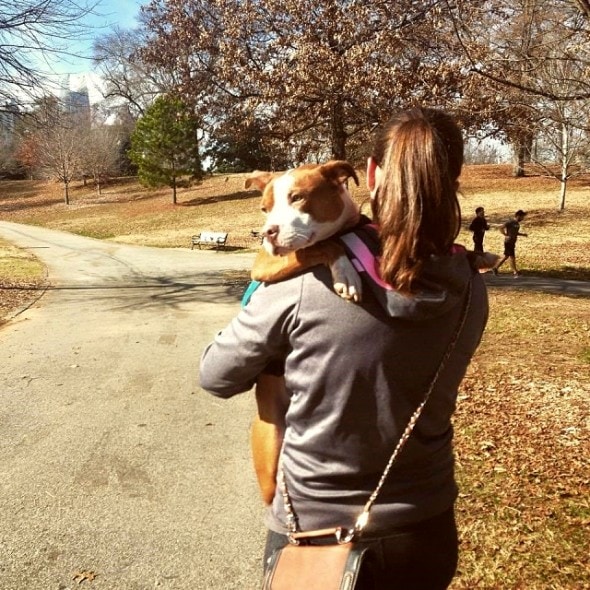 I remember every day after that getting better and better. Until one day the bad days were gone, and in their place were amazing days.

Lesson #4:  The Only Way to Break Through Stereotypes Is Through Your Actions

We found Lyla as we were driving down to Florida for vacation. She was a stray, pregnant, flea-infested pit bull. My eyes were wide as I looked at my husband: How were we going to pull this off?

As we were driving, we began to doubt our decision to pick her up off the side of the road. Would she get along with other dogs? Would she be ok with kids? Would we regret this? 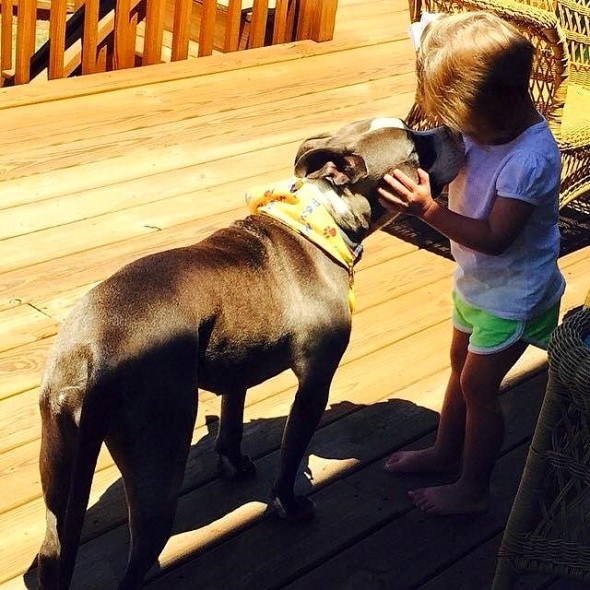 Throughout the next few months, Lyla would prove us wrong on so many occasions. She would end up getting along perfectly with other dogs. She was amazing with children. And even two years later, she is still one of our favorite rescue stories. We never regretted it.

People often ask us why we choose to rescue pit bulls; why we’re fighting for a breed that has such a bad reputation. And our only answer is to invite them into our home, to allow them to meet our dogs. Because once they do, their mind is forever changed.

No argument or heated discussion will ever accomplish what setting a good example can.

Because somewhere inside, there’s a great dog just waiting to change your life. 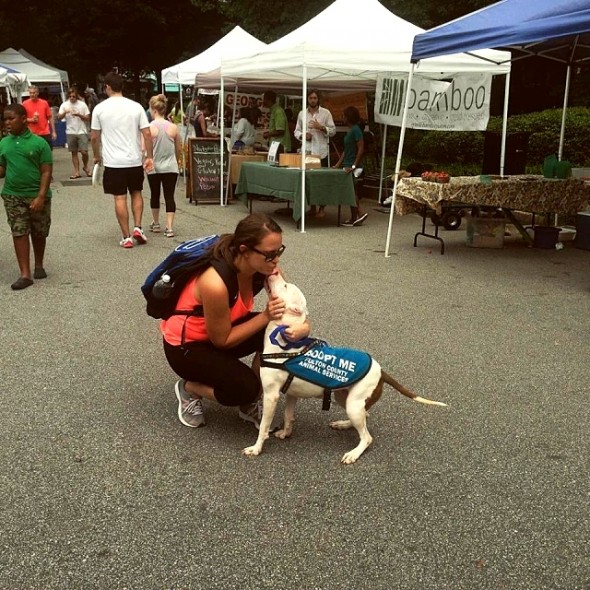 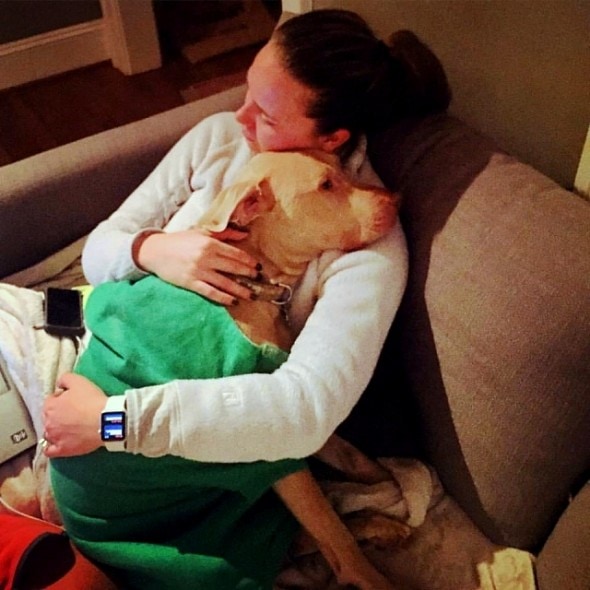 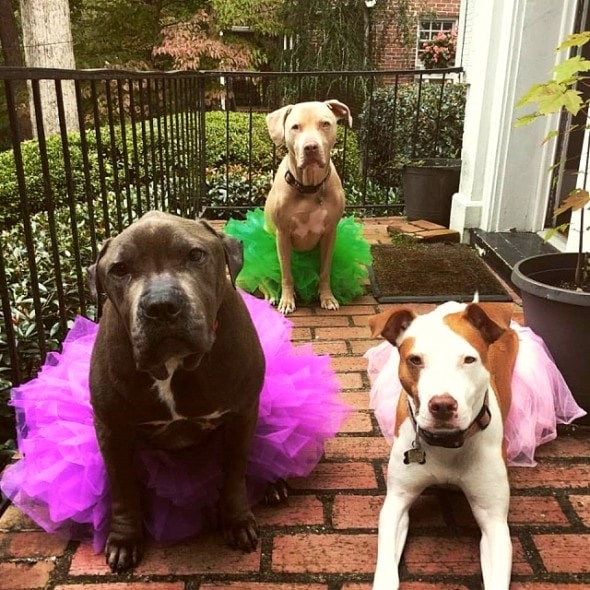