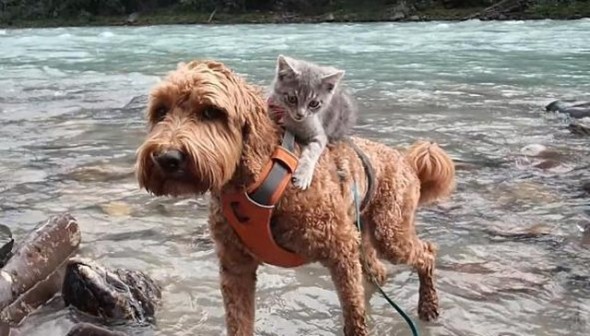 Jessie was very used to being the only pet in the house.  If you were to ask her at the time, she might have told you that yeah, life was pretty great.  All that changed one day, when a little kitty named Koda entered Jessie’s life, and would change her forever. 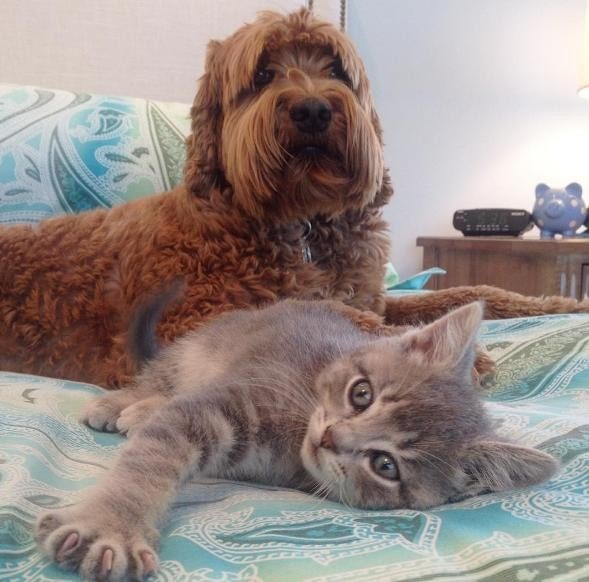 For whatever reason, when Koda came into Jessie’s family a few months ago, he was bound and determined to make Jessie a best friend.  It didn’t seem to matter what it would take or how long, this cat knew what his mission was.

“Their relationship is very unique, as most dogs and cats do not act this way towards each other, very friendly and playful,” said Emily Aubrecht.  She is Jessie and Koda’s human mom, and she spoke with The Dodo.  “They love to do everything together which is awesome for us as they keep each other entertained.” 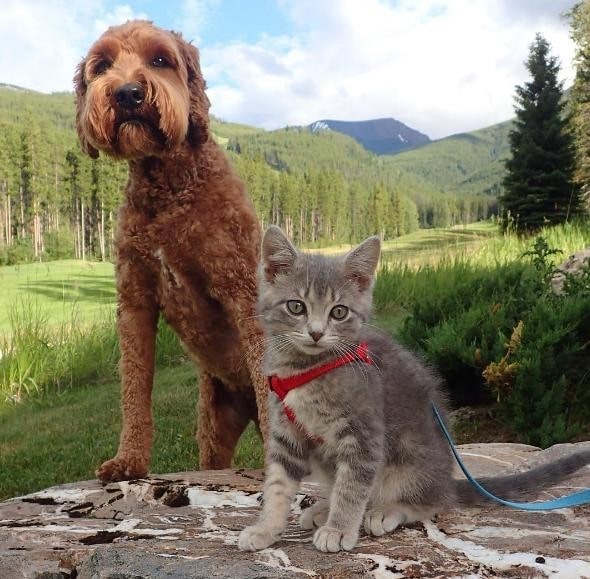 The two love to spend time together, and they love to play.  Koda, as one would expect, has A LOT of energy and always wants to play.  Jessie seemed to be just thrilled with the idea of having a constant playmate. 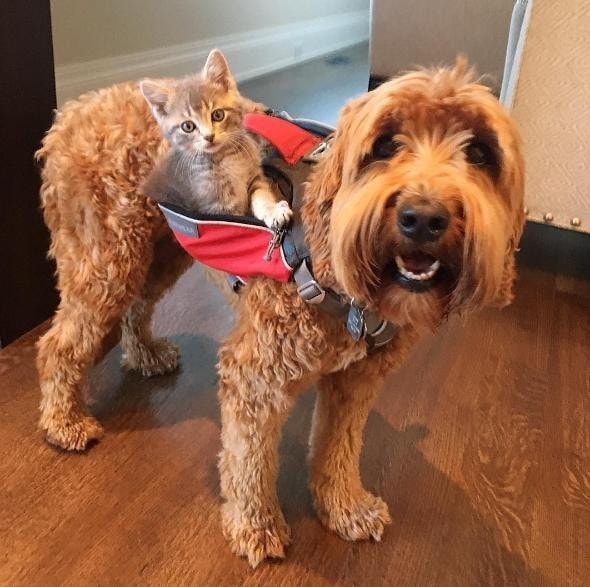 “He constantly wants to play with Jessie and his toys,” said Aubrecht.  “One of his favorite activities is to run in circles around our house.  His other favorite pastime is to attack Jessie’s face and tail, and thank goodness she doesn’t care, otherwise we would have a very bored kitty on our hands.”

Koda and Jessie really seem to enjoy family camping trips, and playing outdoors as well.  The only ting that they really don’t share a love for, is swimming.  However Koda is a cat, so there’ really no surprise there.  In fact, it was on a recent trip to British Columbia that the family discovered that Jessie was willing to let Koda ride on her back while they had to navigate any water. 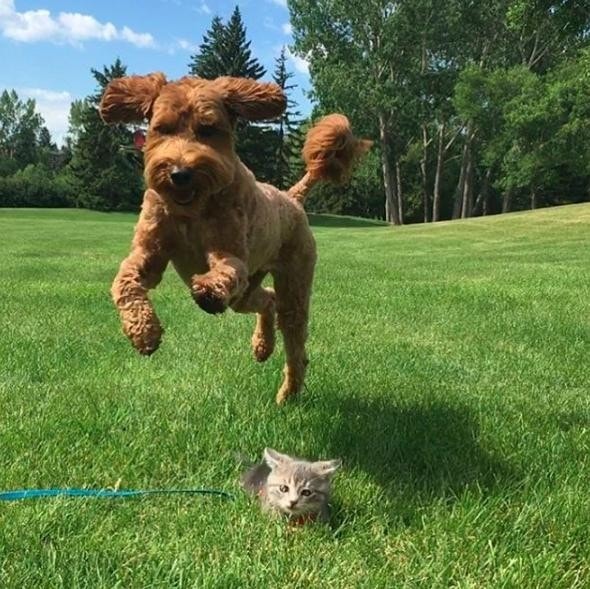