A little rat terrier saved a 12-year-old girl from being attacked and abducted by a man in Marietta Georgia.  She is alive and well, and now police have a sketch of the man in question.

“My hero. My daughter’s hero,” said Jennifer Jones of her four-year-old dog.

The girl told Cobb County police that she and her dog were walking her sisters to school on Darnell Road near Barber Road around 7 am Thursday morning when a man drove past her and then stopped.

“She kept walking and when he had jumped out of the truck he tried to grab her and my dog goes crazy,” Jones told WSB-TV Atlanta. 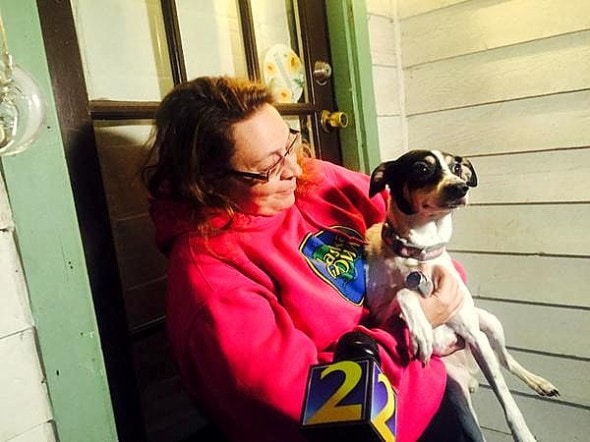 “As he did, the victim’s dog bit at his ankle causing him to release her,” Sergeant Dana Pierce said. “It was at that moment that the victim was able to get away from him.”

“Who knows what would have happened if the dog hadn’t reacted to that sudden movement by the suspect as he actually grabbed the young lady by the wrist,” she continued.

Though the girl was shaken by the incident, she was able to give investigators a description of the assailant and his vehicle.  He is described as a middle age black male, about 5’10” with a medium build.  He was wearing a royal blue hoodie and dark-colored baseball cap.  She said the vehicle is a newer model, single cab, white truck with scratches on the right side and rear. 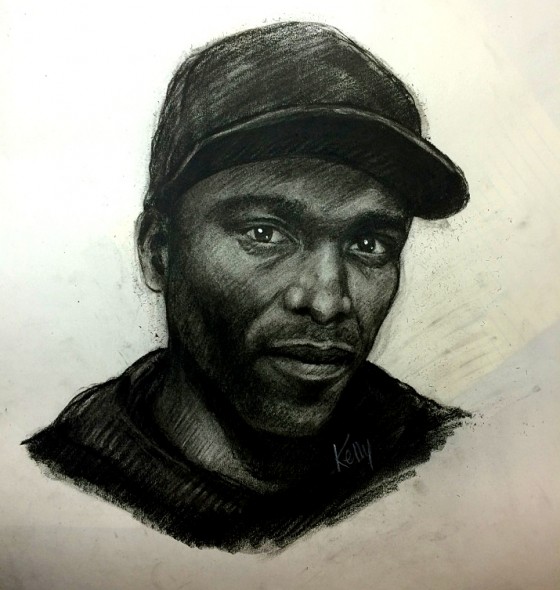 “I’m hoping that they find him and I’m hoping somebody is aware,” Jones said.  “Very thankful that my dog bit him.”

Anyone who has information on this man is asked to please call Cobb County police at 770-801-3479.  Neighbors are particularly concerned because a school is a stone’s throw from where this happened.

“There’s always children going up and down this street without parents or anything, and it’s really scary that it’s happening like that,” said neighbor Rebecca Walker.