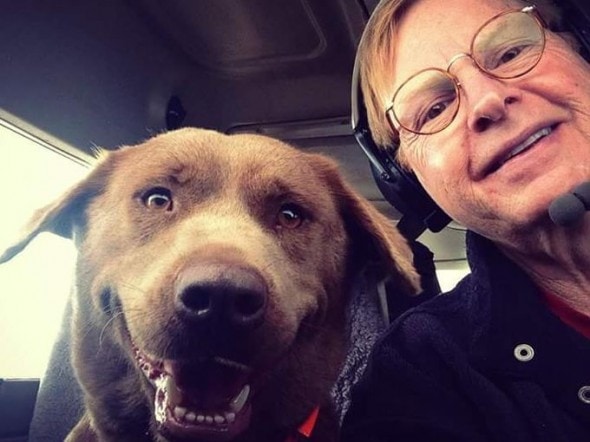 Two rescue groups, one called Dog is my CoPilot and another called From Forgotten to Forever, teamed up to get 22 dogs out of a high-kill shelter in Roswell, New Mexico this past Wednesday.  They were flown in to Colorado, where about half of them will be cared for throughout the state, and the other half will make their way to shelters in Salt Lake City, Utah.

All of the dogs that were rescued were “death row” dogs, meaning if this rescue hadn’t happened, all of these dogs would have been put down according to Jennifer O’Connor, who organized the event.

There were many different organizations waiting to take the dogs in as they landed.  Some of them included iResQ, Sunshine Canyon Dog Rescue, Denver Dachshunds, Rottie Rescue and Herding Dogs of Wyoming.

O’Connor works very closely with Herding Dogs of Wyoming.  At first, she really didn’t plan on working extensively with the rescue side of things.  It was supposed to be a one-time thing, really.  Now, she’s a bit of a seasoned veteran, having helped over 1,000 dogs.

The shelter the dogs were taken from in Roswell only allows for seven days for an animal to be adopted.  Cats in that shelter are only given three.  After just that tiny amount of time, no matter the age or health condition, the animal is euthanized.  They are also adopted out “as is” so to speak.  Basically meaning that there is zero medical treatment given to any animal brought in. 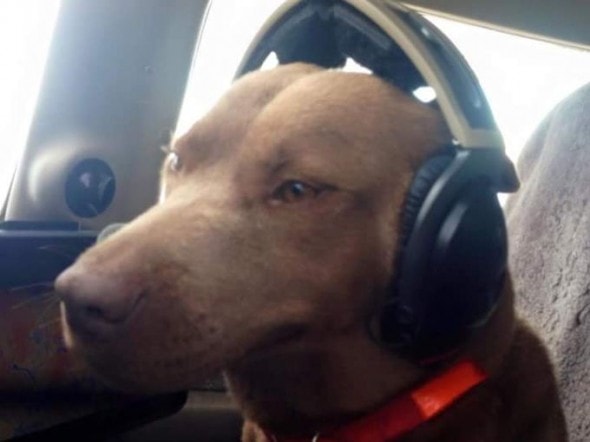 There’s a road trip every weekend now from the organization From Forgotten to Forever.  They drive to Roswell in an effort to get as many cats and dogs out of that shelter as possible.  One of the members, Suzanne Lively, said this most recent effort was amazing.

“Instead of dogs being in there that would have died, they’re going to be saved and go to a great home, and we’re saving lives,” she said. “So the more kennels that are here today, the more lives we’re saving.”

Peter E Rork is the president and founder of Dog Is My CoPilot (DIMC).  He has become involved with the rescue, providing flights and getting dogs and cats into a much better situation than what’s in Roswell.

“Ten-thousand dogs a day are euthanized in the United States, and it’s not a dog problem, it’s a people problem,” Rork said. “So if I can help move the dogs from an area where they’re less likely to be adopted to an area where there’s a greater likelihood that they’ll be adopted, that’s what my organization does.”

DIMC was created in 2012, and the idea has been to get dogs and cats out of areas where they are not wanted, and into areas of higher demand.  They mainly fly through the Rocky Mountain and Pacific areas.  They fly the animals instead of taking the longer drives.  The drives can be a bit more stressful at 16 to 24 hours, as opposed to a four hour flight.  DIMC flies solely on public donations. 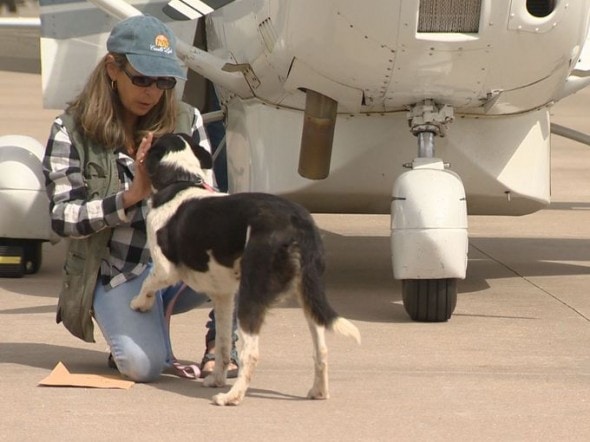 If you are interested in volunteering or just want to find out where to donate or other help you may be able to provide, you can visit www.fromforgottentoforever.com, or simply click here.