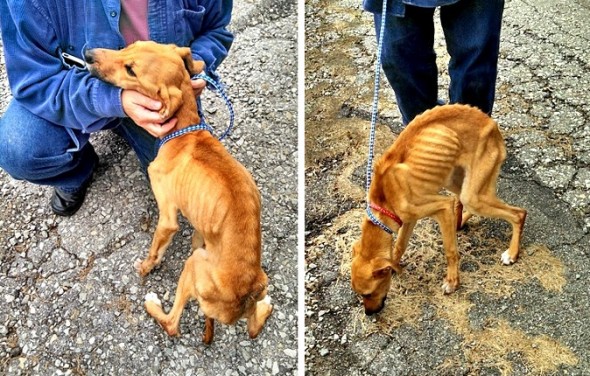 A badly malnourished dog has had her life saved thanks to the trash collector who found her in a New Stanton, Pennsylvania garbage can.  Now she is slowly recuperating and will likely be put up for adoption soon.

“The dog is really emaciated. It’s hard to say you’ve ever seen anything much skinnier,” said Jan Dillon, an agent with the Humane Society of Westmoreland County.

The female shepherd mix was found in a can outside a home on Yellow Pine Lane.  She was taken to the humane society to see if it was possible to save her. 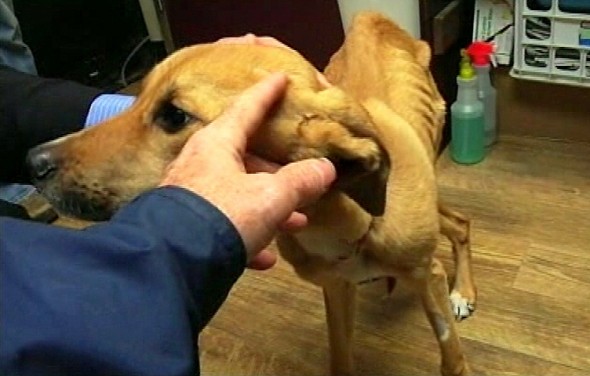 “She is so dehydrated and malnourished, we could not get blood from her to check some blood work,” Dillon said. “We checked the kidney and liver functions. But she is eating small amounts of food. That’s all we can do to build her up — just give her small amounts of food every three hours or so.”

Her owner was said to have moved to Texas on Monday.  It is unknown if they are who is responsible for putting the emaciated dog in the can, but it is evident that they let her suffer for a long time.  She is microchipped, and charges are pending against her former owners.