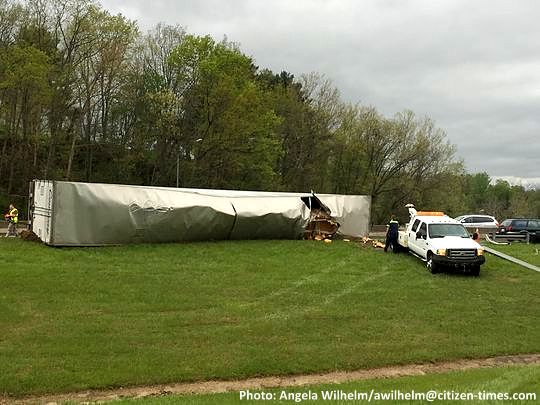 Today is a slow news day, so rather than bring you something bad, here’s this:  a truck carrying over 20 tons of dog food overturned on a highway in North Carolina.  Dogs from hundreds of miles around were summoned to help clean up the mess (just kidding).

“The driver was traveling north on I-26 near Hill Street when he tried to negotiate a curve and swerved to avoid a car and turned over,” said Asheville Police Department spokeswoman Christina Hallingse. 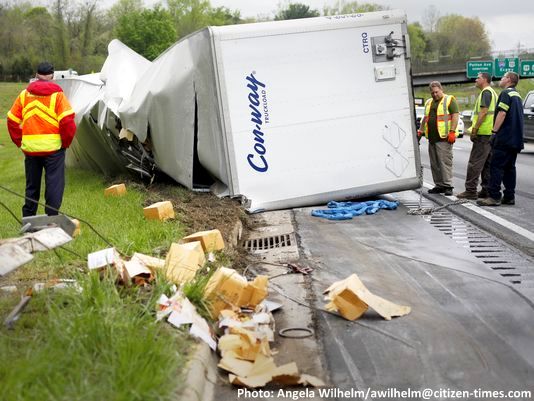 “We don’t think we’ll be charging anyone.  The driver over-corrected (to avoid the other car), and that caused him to overturn.”

Fortunately, no one was injured, and hopefully most of the dog food, which appears to all be of the canned variety of Rachael Ray’s Nutrish brand, is salvageable. 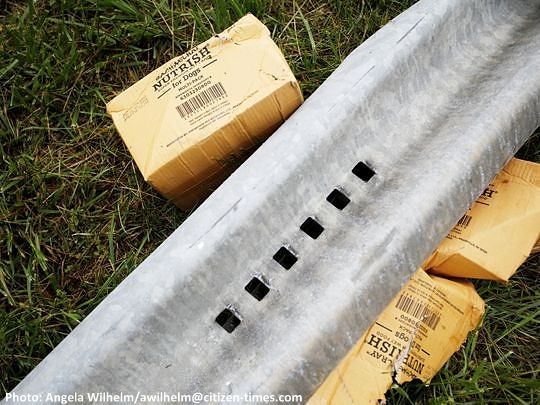