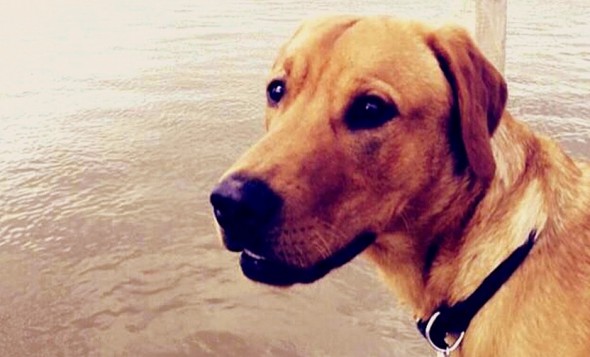 The Twitter mob was at it again last weekend, using the power of the medium to mobilise a pressure group out of nothing more substantial than a hashtag. We have heard much about how Twitter influences outcomes in public life recently  – compare Sir Tim Hunt and the television newsreader Kay Burley – but this is a story from the frontiers of social media which provides a welcome counterbalance.

My friend’s beloved dog, Vincent, a devilishly handsome fox Labrador, disappeared last Friday night. My friend was having a party at his house, and Vincent, a quite gregarious creature, was mixing easily with the exuberant media types present. At some point, a guest left the front door open and Vincent, almost certainly with the scent of female company in his nostrils, decided to take his chances on the streets of north London.

In the short space of time between Vincent escaping and my friend being informed, the dog had bolted. A search party – comprising one or two well-known personages – was hastily assembled and, on bike and on foot, they scoured the neighbourhood for the four-legged party refusenik. The quest started at 2am and my friend eventually gave up at 6am.

He loves Vincent. He properly loves him. I often find them smooching on the sofa. Or talking to each other – Vincent is very expressive. He posts pictures of him all the time, with hashtags like #unconditionallove and #priceless. If you’re a dog person, as I am, you never tire of pictures of other people’s pooches (I haven’t found this to be the case with children, by the way, but that may just be me).

Anyway, just after dawn, he posted on Instagram and Twitter that Vincent was missing, and that he was beginning to panic. The obvious hashtag #findVincent was employed. By early afternoon, his message had been retweeted 4,000 times – including, bizarrely, by the poet Pam Ayres, someone he’d never met – and for an hour or so, #findVincent was the No 1 trending topic in London.

Here’s the thing about social media. People are desperate to get involved, to experience a sense of belonging in a fractured world. And this wasn’t lazy #jesuischarlie tweeting. People wanted to affect an outcome. They couldn’t all comb the streets, but they could attract the attention of people who could. And that’s exactly what happened. My friend’s yoga instructor, who was in Turkey, saw his post, and she contacted a neighbour of his, who was able to mobilise the network of dog-walkers in the area.

By now, the action had moved from the virtual to the real world and the professionals were in charge. By 5pm on Saturday, after a couple of sightings and 17 hours after he said adios to the party, Vincent and my friend were reunited. It was, as might be imagined, a tearful reunion. And Vincent? He was happy, too, in fact as happy as he is when my friend returns from posting a letter. That’s dogs for you. If only he knew he’d been at the centre of a transcontinental multimedia search. And that’s Twitter for you, also.