On April 25, 2015, Lon Benner from Tacoma, Wash., discovered a trash bag with a Pit bull mother and her 11 puppies in it. Sadly, all but two puppies survived, now police investigators are asking the community to step up, bring justice to these animals and help them apprehend the criminal(s) who killed the puppies’ mom and their nine siblings. 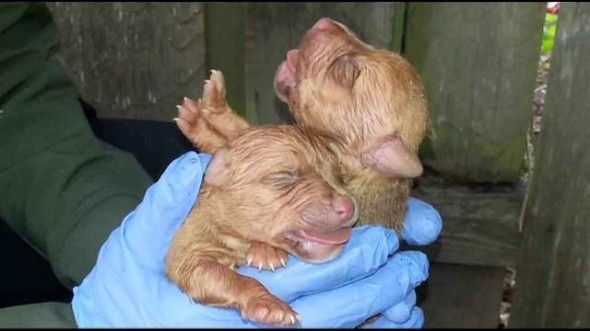 Benner was out on his daily walk when he stumbled upon the dogs. They were double bagged in clear garbage bags. Immediately, the man called animal control and two officers were dispatched to the scene.

“I heard a very high pitch squeak. I froze I looked at the officer and I said, ‘did you hear that?'” Animal Control Officer Kate Madden told Fox News. “I just ripped the bag open and just stared at this pile of puppies.”

Unfortunately, by the time rescuers got to the animals, all but two of the pets were dead. The surviving puppies were rushed to a veterinarian where they are being nursed back to health.

Loretta Cool with Tacoma Police said that all dogs were alive at some point before being found inside that bag, and whoever abandoned the dogs, knowingly killed the pets.

The incident could have been avoided if the animals were turned into a shelter instead of being abandoned in that Tacoma alley. Now authorities hope to catch the criminal(s) and charge the person(s) with animal cruelty in the first degree.