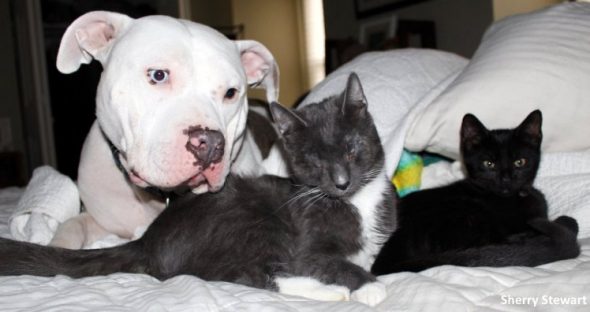 It’s not easy for anyone to lose one of their senses, but it must be especially difficult for cats to lose their best sense – vision.  Fortunately for three kitties whose eyes had to be removed due to various conditions, they had help from Alfie and Frankie, a pair of rescue pit bulls who cared for them during that nerve-racking time. 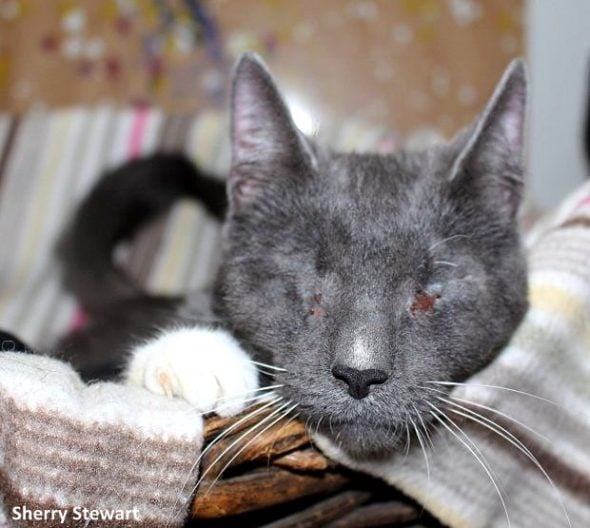 Helen, a 7-year-old cat, and Bruce and Willis, a couple of 10-week-olds, came to the Faithful Friends Animal Society in Delaware with critical eye problems.  Helen had severe glaucoma that was causing her eyes to bulge, and the other two had badly infected, ulcerated eyes.  The decision was made to remove them to end their pain. 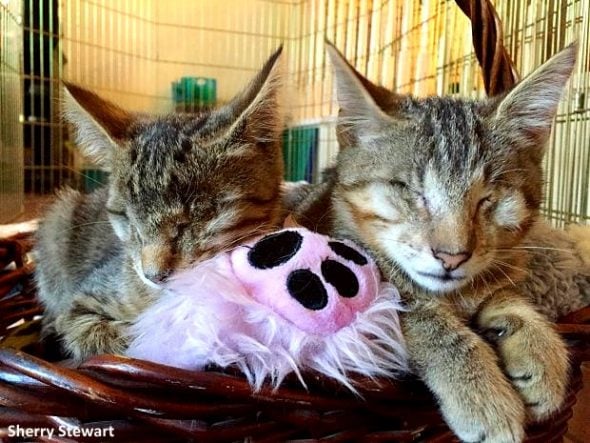 However, life without sight was a very difficult adjustment for all of them.  Volunteer Sherry Stewart could see how perturbed they were, so she decided to foster them at her home.  There they met 6-year-old Frankie and 10-year-old Alfie, her rescue pit bulls.  These two are great with cats, and immediately stepped up to be good foster brothers.

“Alfie was found by cruelty investigators locked in a shed almost starved to death back in 2012. He was taken to an open intake shelter and was scheduled to be euthanized,” Sherry told Life With Dogs.  “Alfie is now a certified pet therapy dog and visits children at Nemours AI DuPont Hospital for Children. He even earned his AKC Canine Good Citizen Certification.” 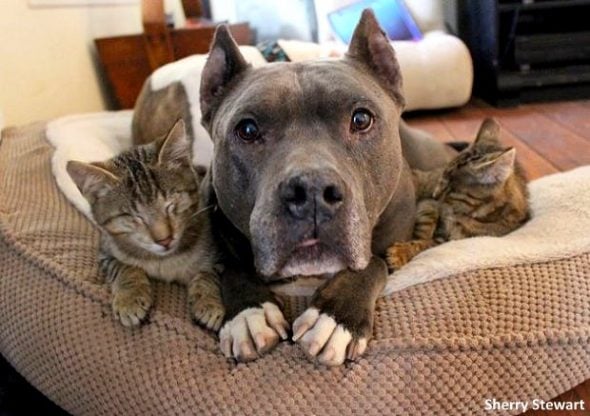 “Frankie is also a cruelty/neglect survivor. He was a mess (mange, secondary skin infections, emaciated, etc.) and was emotionally shut down in the shelter,” Sherry explained.  “I took him home to foster until he was better (that was in 2013). But once Frankie was better, he had such a big personality we couldn’t live without him. He’s the life of the party and is known as fun Frankie.”

The pibbles made the kitties feel right at home, giving them some much-needed snuggles.  They even guided them, to help them get to know their way around the house.  Helen became confident using the stairs and remembered where to go for food, litter box, bed, etc.  Bruce loved dozing on Alfie’s back – he felt so safe.  Sometimes you could barely even see him… 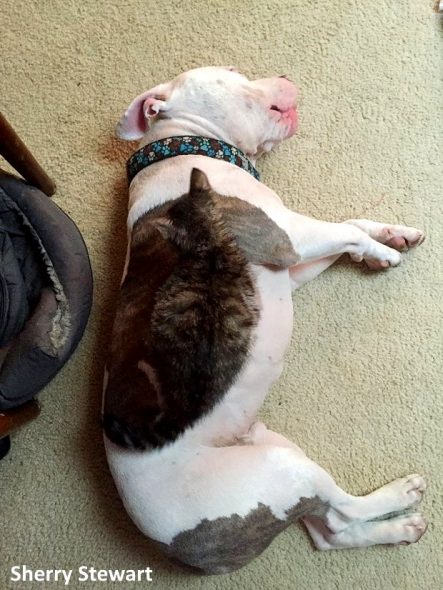 The cats were very unsure of how to cope with their new dark worlds, but because of Alfie and Frankie, they regained their self-assurance.

“Sadly Helen went into kidney failure just last month and was humanely euthanized. She was loved by her adopted family,” Sherry said.  “And Bruce was always tiny and didn’t seem to thrive like Willis and he also passed away due to liver failure. Willis is doing well!” 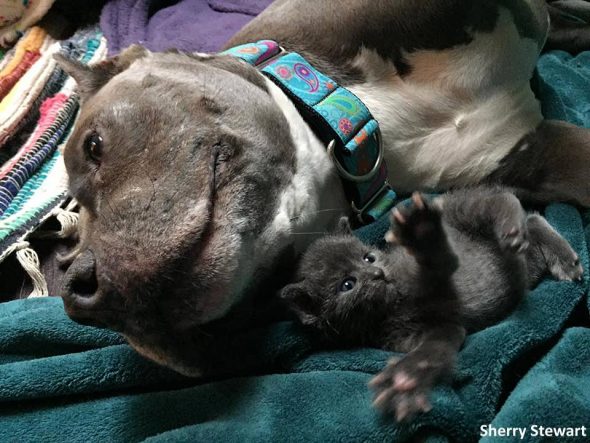 Frankie and Alfie, meanwhile, have moved on to fostering new kittens.  Hopefully they will be around to foster many other animals in need for a long time. 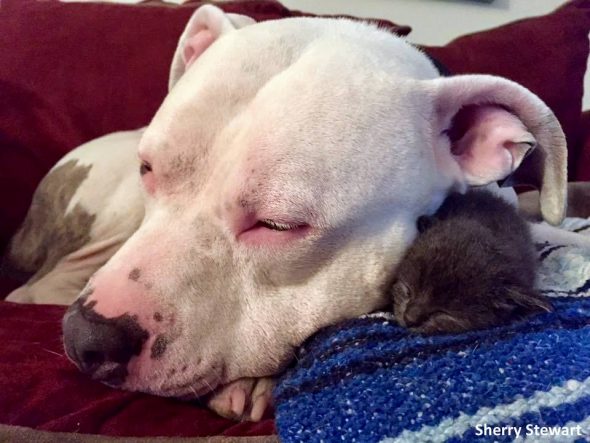 “We’ve fostered about 150 dogs/puppies, cats/kittens since 2012. There is always such a great need for fosters.”