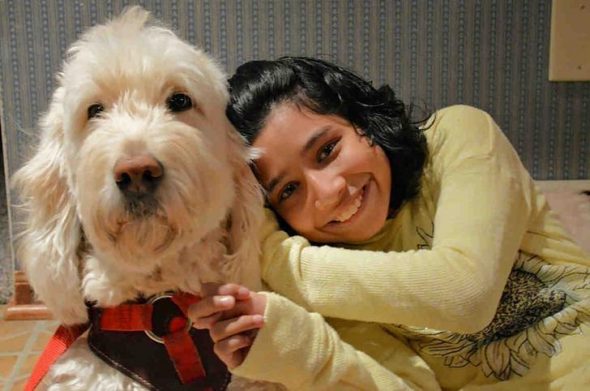 In a landmark decision today, the United States Supreme Court sided with Ehlena Fry’s family in a case where the young disabled girl was being denied access to school because of her service dog.  The decision was unanimous, and it was agreed that the family should not have to exhaust the administrative appeals process before bringing suit against the school system.

Ehlena was born with cerebral palsy, and has issues with limited mobility.  Her family got her service dog, Wonder for her to assist with things like retrieving dropped items and helping open and close doors for her.  She also gets a little help from Wonder with turning on and off lights and even to help her with her coat.

“I saw with my own eyes how Wonder helped my daughter grow more self-reliant and confident,” said Stacy Fry, Ehlena’s mother.  “We are thankful that the Supreme Court has clarified that schools cannot treat children with disabilities differently or stand in the way of their desired independence.”

This whole thing started back in 2009 when a Napoleon, Michigan elementary school refused to allow Ehlena to come to school with Wonder.  The school stated that she already had a one-on-one human aide in place at the school as a part of her individualized special education program.

The family has since moved, and Ehlena has found a school that has no problem with Wonder being with her.  The federal court suit was filed in 2012 claiming the school was discriminating against Ehlena under the federal Americans with Disabilities Act, which directly permits service dogs in public institutions.