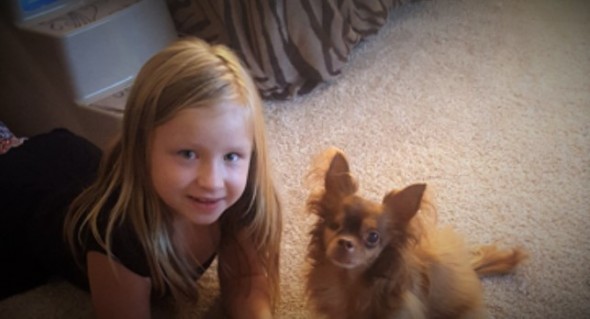 Guard loves his treats and when not under his blanket, because he is always cold, he finds a patch of sunlight in which to sit.  To look at him with his forever sister, Brooke, you would never know he had been twice returned to a rescue for biting.  It was an an online photo of the dog, listed as  un-adoptable, Ryan fell in love with, something in his gut telling him the little guy never had the chance he needed. Convincing the rescue to let him take Guard home, Ryan knew it would be a challenge, but one he knew in his heart, together, they could overcome. 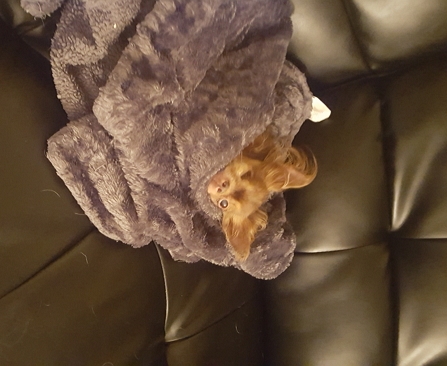 Guard, in his young life, had already seen his fair share of misery.  With one infected eye removed due to exposure and an ointment application for the other, it was no wonder he was skittish.  His first adoption lasted one day on the heels of a biting incident.  The second time Guard had only been with the person for an hour when he was, again, returned for biting. Ryan, fully aware of the reasons for his return, was also bitten, but as he shared, “I could see that he was just scared and doing his best to try and look mean as a defense mechanism.” 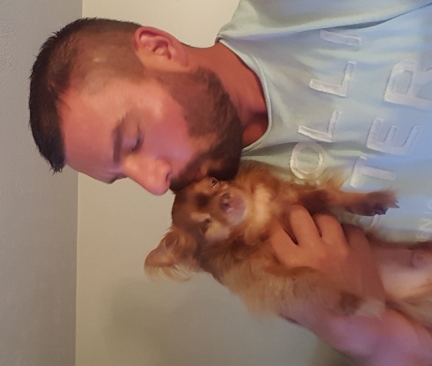 Ryan’s only hesitation was how Guard would behave around his baby girl, but something magical happened there.  Guard instantly bonded with her, becoming a constant companion. Baby Brooke would reach out to her puppy and he would be right there, by her side. 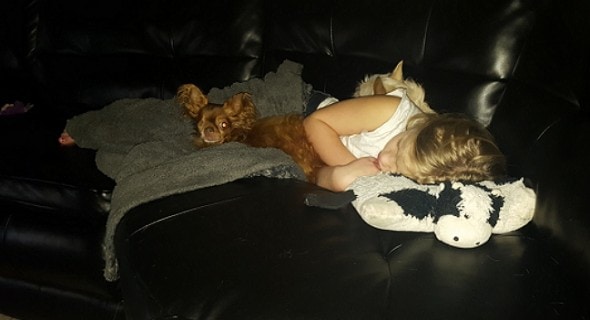 One day, as they went “bye bye” in the car, Brooke started singing a high pitched song.  Guard, began to sing along, and therein started the first of the many duets the two have, and will continue, to sing together.  It is one of Ryan’s greatest pleasures to hear the two of them in chorus, their performances touching his so much, he felt compelled to share Guard’s story.

Ryan cites a laundry list of all the wonderful qualities Guard possesses, ones that may have never been realized had he not seen past Guard’s defensive behavior.  With time, love, and care, the biting issue long ago disappeared.  Guard sleeps next to Ryan every night, knowing he is safe and secure with a forever family that loves him as unconditionally as he loves them. “This is so cliche to say but I mean it,” Ryan said. “I didn’t save him, he saved me!”