This plea comes from Jennifer Quesenberry, a volunteer with Virginia German Shepherd Rescue: 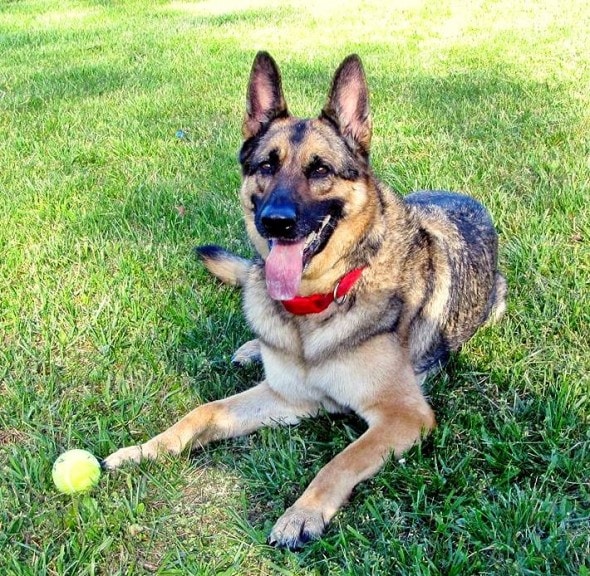 I am an avid rescuer of GSDs and foster for VGSR, which is where I acquired my two current dogs. Every day I see or hear about people surrendering their pets due to financial issues or having their dogs put to sleep during emergencies that cost thousands of dollars to save their life. I would NEVER consider that and would do anything for my dogs, but that does not mean the financial burden has no impact on me.

Lucy came to me three years ago as a foster. Her family had her since she was a puppy, but Lucy shed too much for their liking. They had another dog who was a part of the family, but Lucy spent her time in a crate in a separate room. 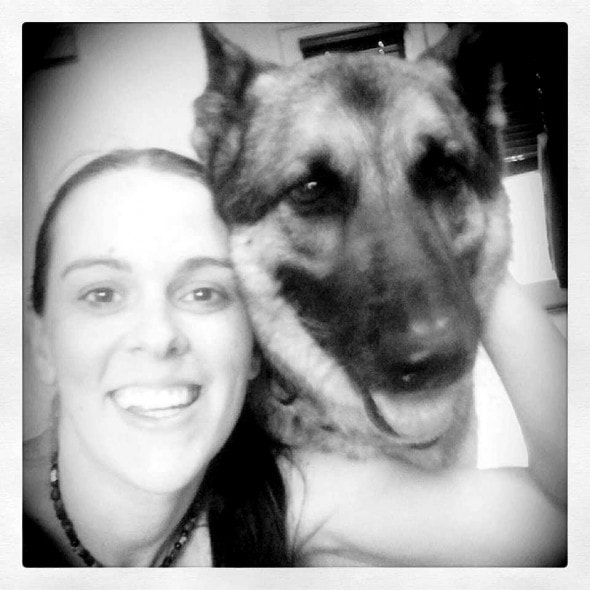 I offered to foster Lucy and asked if the family would meet me halfway. They declined, saying they didn’t want her hair on the child’s car seat. I ended up getting Lucy and within no time it became evident how much she adored little boys. At stores, she’d eagerly tug me towards any little boy she saw to shower them with kisses. I ended up adopting Lucy myself, but the one thing I thought Lucy lacked was her own “little boy” (yes, that sounds weird)! I never planned on kids, but alas it happened. At almost 10 years old, I’ve finally given HER the gift of a baby brother! I just hope she hangs around for several more years with him. You couldn’t ask for a better dog, Lucy is amazing and I am so happy I could give her everything she wanted in her forever home. 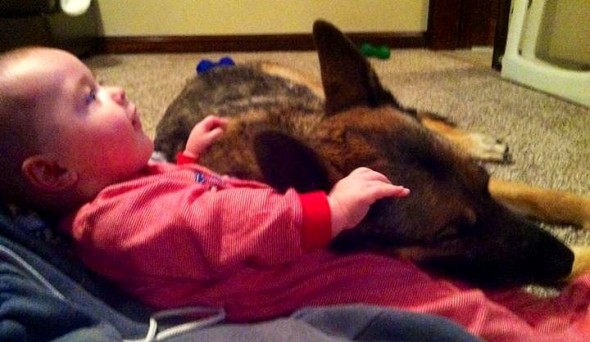 She has the eyes of an angel and is by far the most amazing GSD I have ever met (and I have fostered about 40).  At night she whimpers in her sleep sometimes, and I always felt she was crying out for her first family… but she is happy with me (and her new baby).  I need to keep her around for several more years! 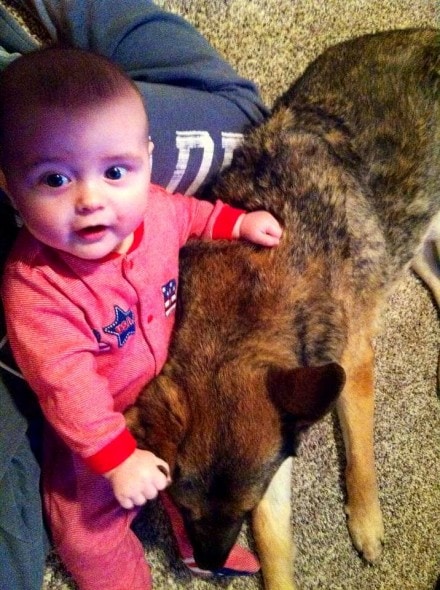 Well, in the past six months I’ve spent thousands and thousands in medical bills for her (infections, HGE (hemorrhagic gastroenteritis), pancreatitis, etc.).  A week ago I woke up in the middle of the night to her bloating. I had to rush her to the emergency vet and they promptly treated the bloat. The next day they discovered she still had a significant amount of gas in her stomach, and during surgery to tack her stomach they noticed an extremely enlarged gallbladder. They had to call in another emergency surgeon and perform a cholecystectomy (gallbladder removal). The mortality rate for this surgery is 20-40%. It’s been a week and she is recovering beautifully, but I was hit with yet another significant bill – this time $4,000.

I maxed out my care credit card which scares me for the next emergency. I ended up raising the limit to pay off this debt in full, but it put me at $7,000 in vet bills. I have raised some money, but I am still several thousand in debt from this. My other GSD is having continuous and costly problems. He has pet insurance and while they cover a portion, there is still remaining debt. I was foolish not to enroll Lucy when I adopted her, but I had thought you couldn’t enroll seniors into your plan or that coverage would be so minimal it wasn’t worth the higher premiums. I didn’t officially adopt her until she was nine. With that said, I have now enrolled Lucy into my health insurance plan, despite limited coverage. I don’t even know if they will accept her due to her age and history, and I am currently in the underwriting process. 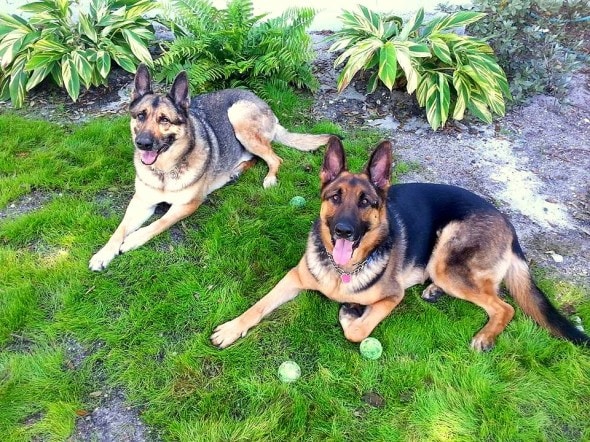 Without boring you too much, I will say the past six month of my life have been extremely difficult. I gave birth to a child and unexpectedly lost my mother only three weeks after his birth. Her death was so sudden, and she was only 56 years old. She didn’t have life insurance so my family was stuck with nearly $15,000 in burial costs and what little bit of treatment she had for two weeks (cancer, literally only knew about it for one week before she was comatose).

I know it’s unrelated, but dealing with the loss of her, the medical bills that followed my son ($3,000 with health insurance) and the mounting vet bills, I’m just not sure how much I can handle. It’s optimistic of me to expect complete strangers to help, but I’ve seen it countless times and I’m hoping that maybe luck will be on my side. I’ve had countless friends and rescue-related friends donate already and I feel so blessed for them. The truth is though, even with their contributions I am still several thousand dollars in debt and both dogs still have medical issues which require treatment. 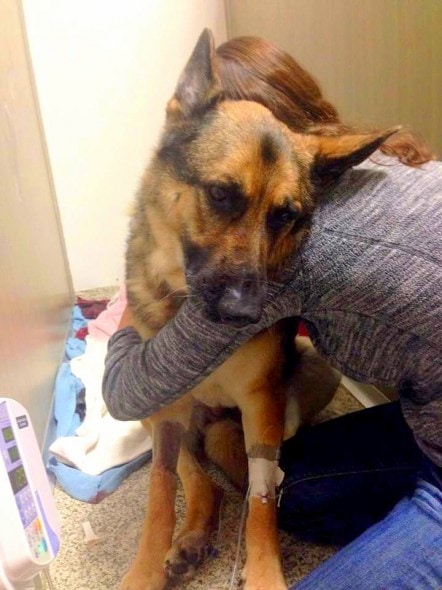 My debt is through the roof, and I am so stressed out – I am at my wit’s end. I realize that is no one’s problem except for my own, but I also know through rescue that there are kind, compassionate people out there who will help a complete stranger, and today I am praying that I will be the one on the receiving end.

THIS is my life with dogs and I will deal with what I have to – I am just begging for help if at all possible. 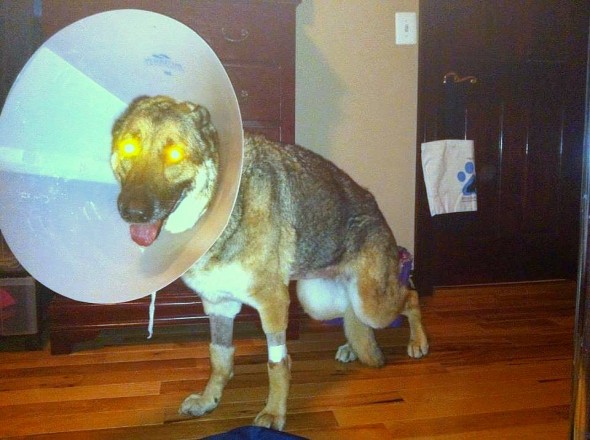 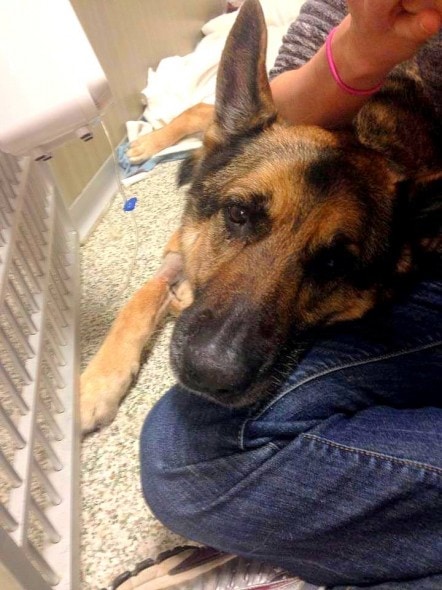