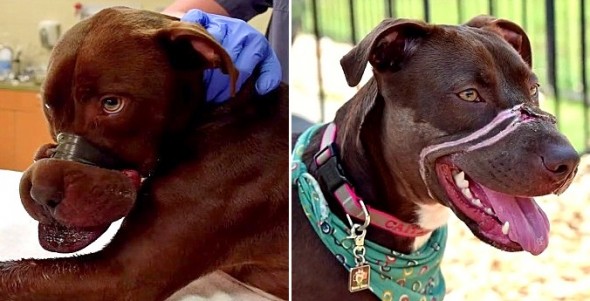 Back in June we told you about Caitlyn, the dog who had her muzzle taped so tightly closed that her tongue was nearly cut off.  She recovered splendidly, and is now being spoiled rotten!

A Charleston, South Carolina resident found the tortured dog on their front porch and called police.  She was taken to Charleston Animal Society, who got her immediate medical attention.  The restricted blood flow minimized her sensitivity to pain after a while, but once the binding was removed, feeling came back with superabundance.

“When we pulled the tape off, she kind of opened her mouth and screamed,” said Aldwin Roman of the CAS. 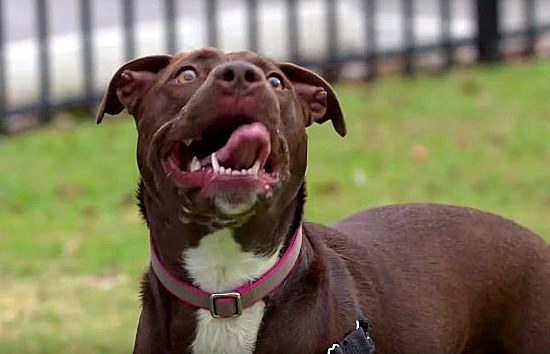 Despite her horrific abuse, Caitlyn thrived.  Today, she’s an ambassador for abuse victims everywhere, and was recently given a “bone” to North Charleston by the mayor.

BarkPost recently treated her to the best day ever…

For updates on Caitlyn, or information on adopting her, visit CAS’ Facebook page.