Last week we told you about Ceniza (Spanish for Ash), a stray dog from Ensenada, Chile, that befriended emergency rescuers who rushed to the area to help with the aftermath of the Calbulco volcano eruption. Even though rescuers were there to help humans, they couldn’t leave the dog behind. Ceniza is no longer homeless, he has been adopted.

Carlos Krause, a Chilean soldier deployed to the outskirts of Calbulco volcano, found the stray dog while on duty. As an animal lover Krause looked after the pet and even took him back to his camp where other soldiers welcomed the dog.

The soldier says Ceniza acted like an ambassador during this difficult time. Even though the pet had no owners or a safe place to sleep before meeting the soldier, the pet was friendly and comforted locals as well as rescuers. 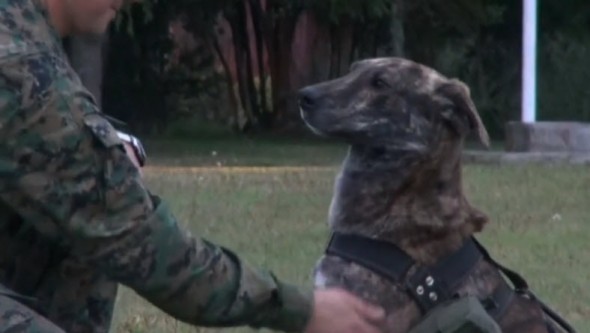 Krause couldn’t part ways with Ceniza and there was no way he was leaving him behind. That is why Krause made Ceniza an official member of his family.