To see Life With Dog’s coverage of the original story, click here.

Back on January 30th, we brought you the story of retiring K9 handler Officer Hickey and his fight to keep the dog that he has worked with for over three years after he retires.  We are happy to report that there has been a compromise offered by the Marietta police, and although it may not be the perfect situation, it’s a very good starting point.

As stated in the previous article, Hickey is a K9 handler with the Marietta, Ohio police department.  He is retiring soon, and all he wanted in life was to take Ajax with him when he goes.  He was at first under the impression that the police force would allow him to do that.  Later, Hickey found out that he would not be allowed to keep the dog.  Instead, Ajax would fulfill another six years of service in the force after Hickey retired, then be put up for auction when he is ready to retire.

In an effort to keep Ajax, Hickey showed up the day he was to retire, with $3,500 in cash to buy Ajax from them.  The police force said that Ajax is “city property,” and is to be treated as such.  Even though he had the money (an arbitrary amount concocted by the city), the police chief couldn’t accept it, and Hickey was told he wouldn’t be allowed to take Ajax.

Naturally, once the story hit news outlets, there was a massive outpouring of support for Hickey.  The story has been passed all over forms of social media, and even gained enough attention to have people gathering donations to ensure that Hickey will be able to “buy” Ajax when auction time came.  As one could imagine, all of the negative press got to the Marietta Police, and they released an angry statement, and a shot at a possible compromise.

In the statement, police chief Rodney Hupp said, “Being a professional police officer means working to diffuse contentious situations, especially when something so simple as telling the truth is all that’s required.  As social media and the press ramped up around what should have been rendered a non-issue, former officer Hickey, for reasons known only to him, escalated the situation by being disingenuous.”

Basically, the chief is saying that there was no understanding that Hickey would get to keep Ajax when he retired.  Nothing of the sort, despite Hickey’s claims, had ever even been discussed.  Upon hearing the contents of the statement made by the city in regards to the situation, Hickey was very upset, and said that the chief of police is known to be a liar about particular things.  So much so, that Hickey outright accuses him of it in a return statement.

“How am I supposed to believe the chief of police of Marietta, when he tells lies frequently?”  Hickey said.  “I should have understood that I had somebody in that office that just does not know what they’re doing.  I’m ashamed of you.”

Regardless of who is and is not lying about the situation, the chief of police offered up a compromise.  Hickey will be invited to be an auxiliary police officer, which would allow him to have Ajax with him.  As of the time this was written, there was nothing in the way of a decision from Hickey on how things will proceed.  For more information as it is reported, be sure to check back with us regularly. 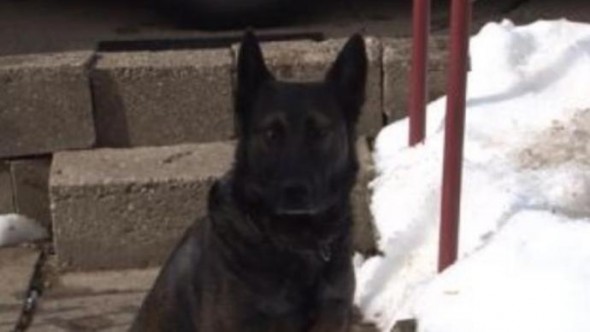