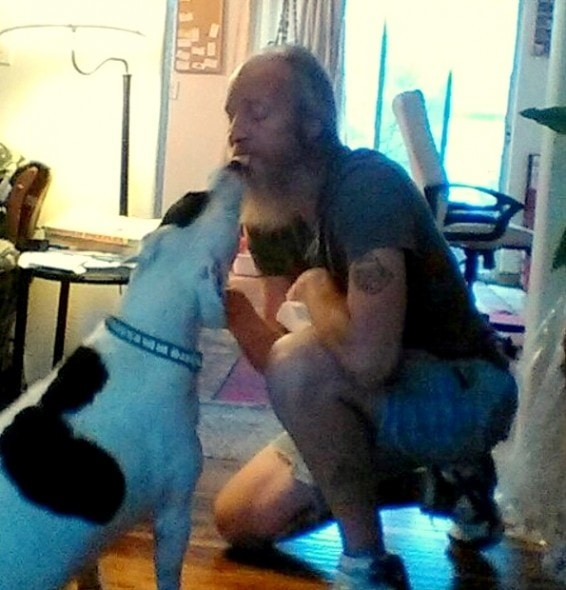 Back in July we told you about a disabled man named Arden, who is fighting tooth and nail to not be evicted from his home, which has been taken over by new management.  He has eight dogs, which are absolutely his family, and cannot bear to lose them.  But he is at the end of his rope unless a miracle happens, and fast.

The Pleasant Grove, Utah man has faced some very dark times, including a spinal injury and the unexpected loss of his son, and his dogs have been the ones to help him through them.  This is a guy who carpeted his yard because the grass wouldn’t grow and he wanted his pups to have a good surface to play on, and he frequently gives up his bed so they can have somewhere comfortable to sleep.  Arden and I have been in touch, and he has been keeping me updated on what’s going on.  (See the original story here.)

August 5th:  Hi guys, just wanted to give you an update. My attorney told me to attempt to pay rent at least and the receptionist took it and gave me a receipt so we hopefully have another month. We have recently been told that because disability is my only income, even after my credit is sufficient for a home loan, I don’t make enough to be financed. So we are gonna try a different route and try to purchase some land and buy one of those Tiny Homes. I hear the larger sized ones would be the perfect size for us. Although the new baby robin that has attached itself to our pack the last 3 weeks might find it a bit difficult. Not sure what to do with her. Right now she is free to come and go, I leave the bathroom window open and she goes out into the yard, but as soon as I go out and whistle, she (not sure if she or he, ) comes to me to eat. I want to thank you again for your story, it has made such a huge impact on our fight to stay together. My sister told me that a lady has been sending tweets to our local media in attempts to get them to pick up the story as well. Blessings to you and your dear family! 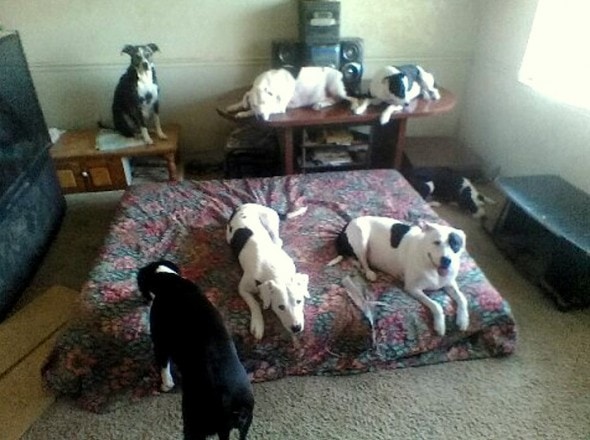 I just found a notice on my door that the police had been called to my home because of a complaint of too many dogs. Neighbor said management was here while I was at the doctor’s and police showed up 2 hours later but never knocked. Just put notice on door to contact Animal Control M-Th.

I contacted all [the rescue groups] in my area, even Dogtown in Kanab and the ASPCA, I think that is the one, and no one has a program or are in a position to take for short period of time. The police here have been really good with us so hopefully they will continue ‘til we can get out of here.

We are trying to get at least one news station to pick up the story. I guess several people have been sending them daily tweets. (To help on this front, scroll to the bottom.) I am going to the police station tomorrow & talk with them.

August 9th:  Hey there, quick update. Animal Control says they are not in the habit of removing dogs who are well cared for & that mine are very well cared for. They even gave me tips on how to make it iron clad 🙂 I gotta say, P.G.P.D has been so great with the dogs and me through the 8+ years we’ve been here.

September 15th:  I have an occupancy hearing on Monday to see if the courts agree with me. Fingers crossed!  I think it is to see if my rights were violated. I still have not been given a reason as to why I am being evicted. I finally got in touch with the owner and all he would say is “they need to go a different direction.” 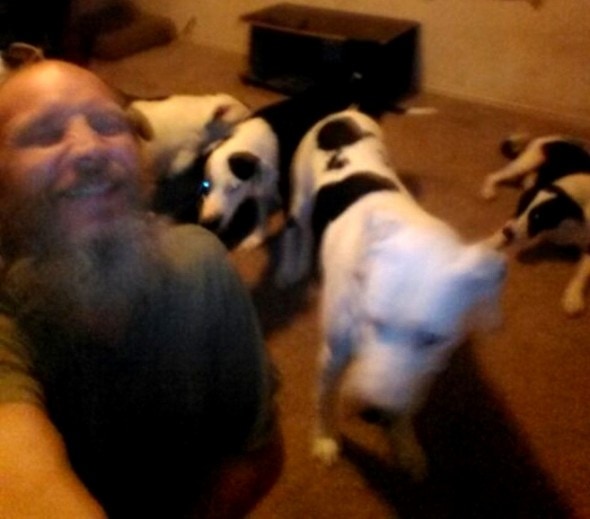 September 20th:  I went to court and luckily their attorney forgot a paper so judge postponed hearing until next Tuesday. The attorney then informed me that they would be pushing for a 72 hour notice to vacate, which they will receive.

September 22nd:  We have been able to stretch out some extra time but it looks like we are out of time. I got side tracked through July and most of August with caring for the small robin that had fallen from the tree in our back yard. Started with the syringe and worked up to flies and berries out of my hand. She would stay in the upstairs bathroom and would whistle for me all day to feed her. She would fly onto my head as soon as I walked in, then attack her bowl of flies. I was able to get one video of her and my sister posted it on the account page. Once she was flying really well I started leaving the window open and eventually she decided it was time to leave. I then received news from my doctor a couple weeks ago that I have a hernia and need surgery very soon. I stopped taking the new meds she put me on because they were making me real suicidal. I have been searching for a place and found one that would be perfect if I could get a good down payment. I spoke with the owner and he will only say that they need to go a different direction. I have called all the animal welfare places I can think of but no one has been able to help so far. I am not even sure what to expect or what I will do when the sheriffs come to escort us out. I am so afraid they will end up killing my babies, or lock them in the small shelter in town where most animals end up dying of sickness.

September 27th:  I should find out tomorrow when the new court date is but I expect sometime in the next week. I have only used $300 of whatever it shows for medication. I spoke with Quicken Loans today and they said I don’t even have a credit score so they can’t help me either. I guess living the simple life and paying with cash has been a bad thing. I have been looking for a rent-to-own but no one around here is offering that option. I’m getting real scared about what is going to happen. I will need a cosigner to get into a house because of the credit issues.

October 7th:  I received the new summons yesterday, Oct. 17th. They are pushing for a 72 hour eviction at that time. 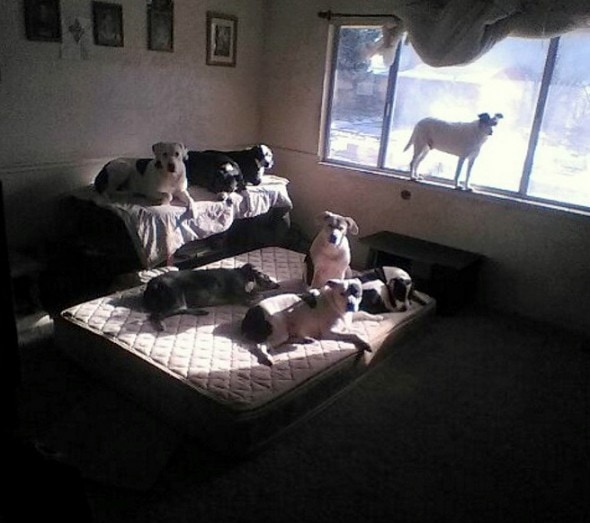 A fundraiser was set up for Arden by his sister, Julie.  While many kind-hearted people have donated, it is not enough to secure his dogs’ future.  Apartments won’t accept that many pets, and he is urgently searching for a small, cheap piece of property that would allow him to build a home to accommodate his beloved family.  If you can help – even a dollar – Arden will be eternally and humbly grateful for the generosity.  To donate, please CLICK HERE.

If you are interested in helping Arden by getting his story on local news, here are some of their Facebook pages.  With local coverage, there may be someone in the area who sees a broadcast or an article and is able to help with land and other things Arden and the dogs need. 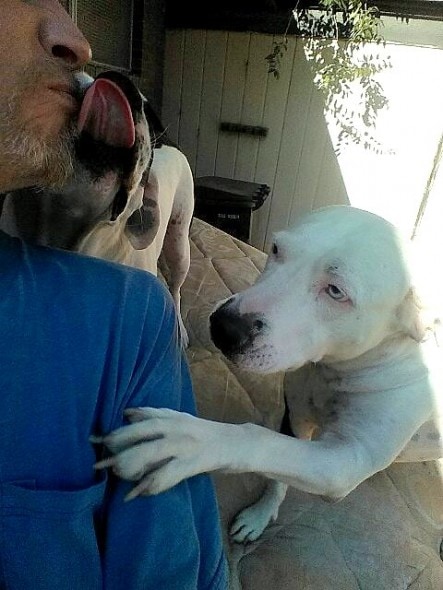