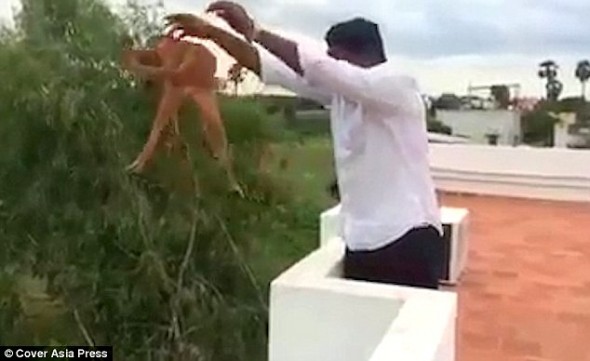 Back in July we brought you a heartbreaking story about a small dog who was cruelly pitched off a roof by a pair of Indian medical students who filmed their heinous deed and shared it with the world.  The dog was miraculously found alive and recovered.  What’s even better, little Bhadra has been adopted by a man who will show her nothing but love for the rest of her life.

The video of the rotten fellow pitching her off of the roof went viral, and it’s likely a fortunate thing it did, because she was found and given medical treatment.  She suffered numerous fractures in her legs, but she recovered so well that she now reportedly runs “as fast as Usain Bolt.” 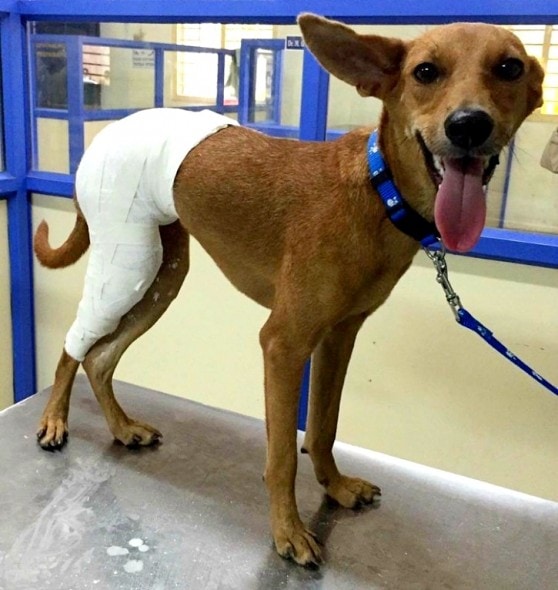 The medical students were found and identified as Gautam Sudarshan, the thrower, and Ashish Paul, the filmmaker.  They were suspended from their school and arrested, but who knows if they ever faced any significant punishment. 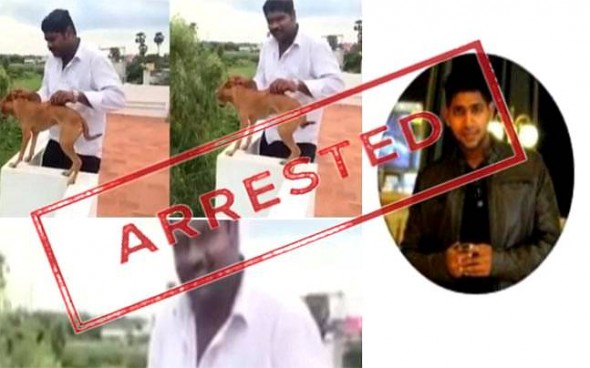 But the most important parts of this story are that Bhadra recovered and was adopted.  When animal rescuer Karthik Dhandhapani of Chennai, India brought her home, he shared his happiness with all of his friends and family on Facebook: 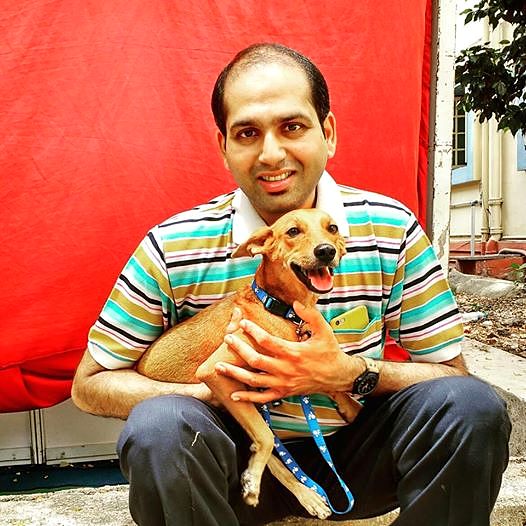 “When a dream becomes reality!! It has been a desire of 6 years… Coming from a family that has no connection to animals, being inspired to do something for them, turned an animal lover, spending time with them outside and not able to have one at home… couple of fosters that came close yet didn’t happen… Sigh!

“But today, I am very, very happy to share that Bhadra is FAMILY. She came home as foster after she was found thrown off by the two medical students, and since then started ruling our hearts like she did the world. She is full of life, very happy, playful and a content kid.” 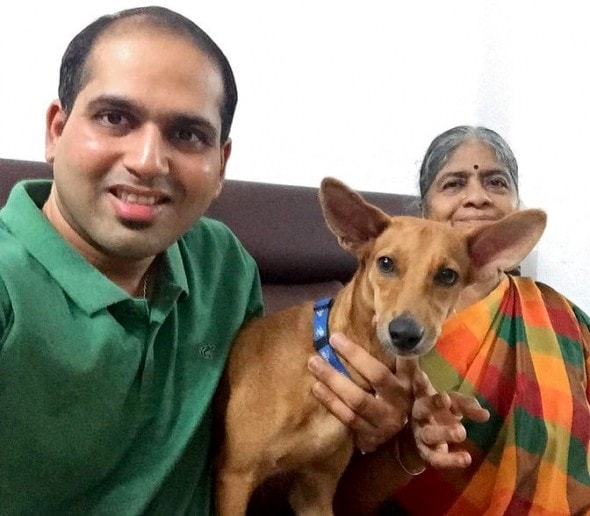 Bhadra with Karthik and his mom.