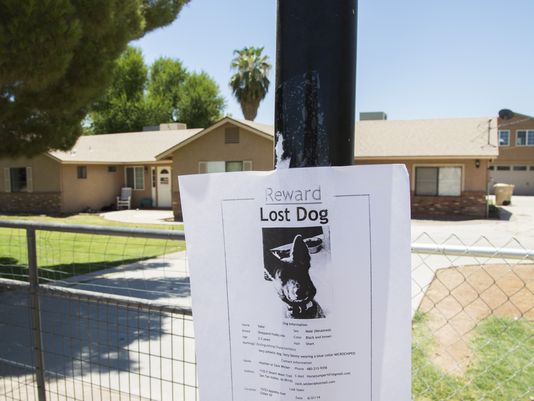 A dog in connection with the Green Acres boarding facility in Maricopa County, Arizona where an ongoing investigation into the apparent overheating deaths of 20 dogs this past week is still missing.  Police have mustered a troop of volunteers and employed the use of a helicopter in the search for the escaped, and still missing Valor.

Sheriff Joe Arpaio dispatched the helicopter after reports of Valor being spotted.  He felt this would be the most efficient way to aid in the search.

He dismissed people critical of the use of a helicopter to locate the missing dog.  According to him, this is a common place search tactic used by police to search for missing people and animals.

The Sheriff’s office is “going full force” on this one.  Arpaio reminded people that their office is not charging anyone with any wrongdoing as of yet.  They are waiting on all of the information, and the investigation to be complete before making any calls on this.

To see the original story and the subsequent update, go to “Dog News” at www.lifewithdogs.tv, or click here.