On Wednesday we reported that a dog stood guarding her injured human after a house fire.  Because she’s a pit bull – which are banned in the county where she lives – she was confiscated and taken to a shelter.  But now she has a new home with her owner’s sister, so they’ll still get to see each other.

When firefighters arrived on the scene of the fire at the Landover Hills, Maryland home, they found a pit bull standing guard over her unconscious owner, April Newell.  The crew knew she was scared, confused, and feeling protective.  She became slightly aggressive when strangers tried to approach, but was easily frightened off by the sound of a fire extinguisher. 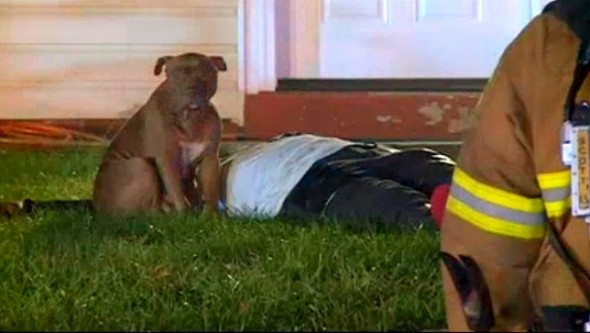 “She just wanted to protect her mommy, that’s all,” said Megan Sanchez, Newell’s sister. “And her house.”

Once Newell had been revived, the dog – named Precious – returned to her side.  But Precious, two other dogs, and two turtles were taken to a local shelter when her owner went to the hospital for treatment.

Because of the breed specific legislation (BSL – dog discrimination) in Prince George’s County, Precious and her puppy Molly are not allowed to be returned to Newell. 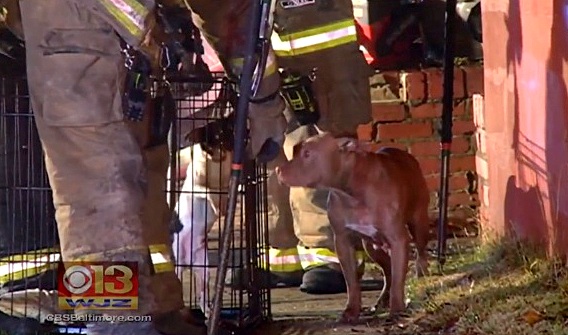 “It hurts so much… and I wish she was right here beside me right now as I’m talking to you,” Newell tearfully explained to CBS News.

Thankfully, she will still be able to see her dogs, because her sister will be taking them in.  Sanchez, who already has one dog, is happy to be bringing in two more.

Though it’s much better than having Precious end up with a stranger, it’s still heartbreaking to Newell’s son that she won’t be around anymore.

“It’s sad.  I love that dog.  I wish I could get her back, but right now we’ve got bigger fish to fry,” he said, looking at the charred remains of his home.

The family will have their turtles and third dog, who is not a pit bull, returned to them when they are ready.

Hopefully stories like this will encourage politicians to see that BSL is indeed discrimination, and that they should not be outlawing all pit bulls based on the behaviors of some who were poorly raised.  Clearly, ones like Precious are the kind of dogs that every family needs.

198 thoughts on “UPDATE:  Dog Who Guarded Owner After Fire Gets a New Home”