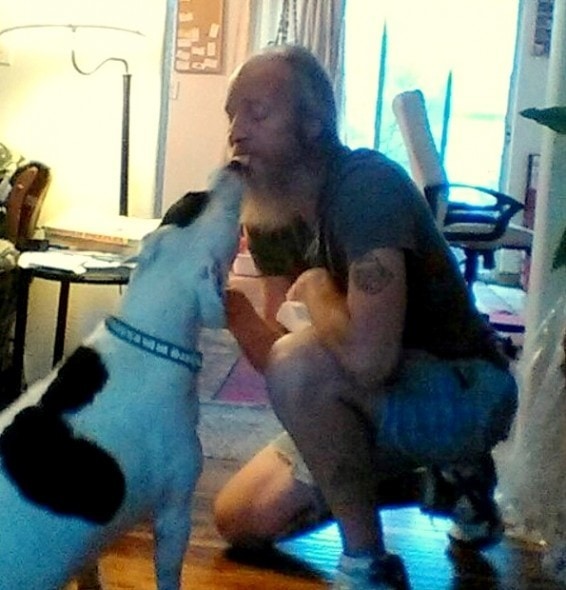 Life With Dogs fans are incredibly kind and caring people, and when we told you about a disabled Utah man and his eight dogs who were being evicted from their home, you stepped up to help make sure that they weren’t left homeless.  Because of your generous contributions, Arden Christensen and his pups are now living somewhere even better.

In July we told you about how he first got all his dogs (click here for the original story), and how they have been there with him through his spinal injury, the tragic death of his son, the break-up with his cheating fiancée, and the downward spiral of drinking and depression. 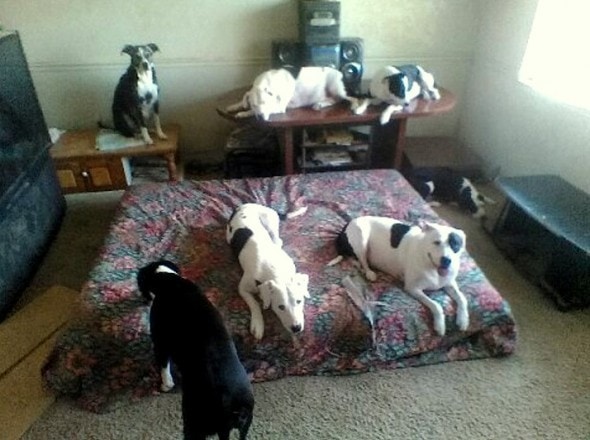 He had been living in his Pleasant Grove home with no problem for many years, but when new management took over the property a year ago, inspections began.  He was told that the building wasn’t up to code and needed to be renovated, but he was the only person being evicted.

Arden’s sister Julie created a fundraiser while he talked to a lawyer about his options.  He was advised to continue paying his rent to buy him more time, which he did.  In an update we told you about how he began searching for new accommodations, which would be incredibly difficult with eight dogs and a limited income.   Because he has always paid cash for everything, he doesn’t have a credit score, and couldn’t qualify for loans. 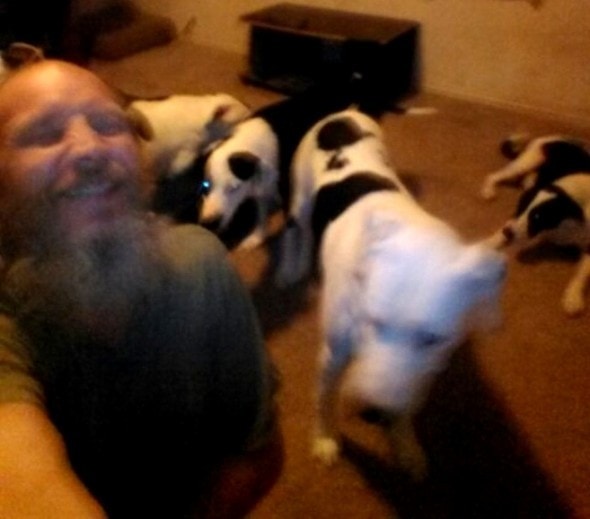 “I CANNOT lose my pack – they are my life,” he told Life With Dogs.

Pleasant Grove police and animal control, who were called by management while Arden was at a doctor appointment, were great with him throughout the process.  Because his dogs were well cared for, they couldn’t take them away, despite what the new owner may have wished. 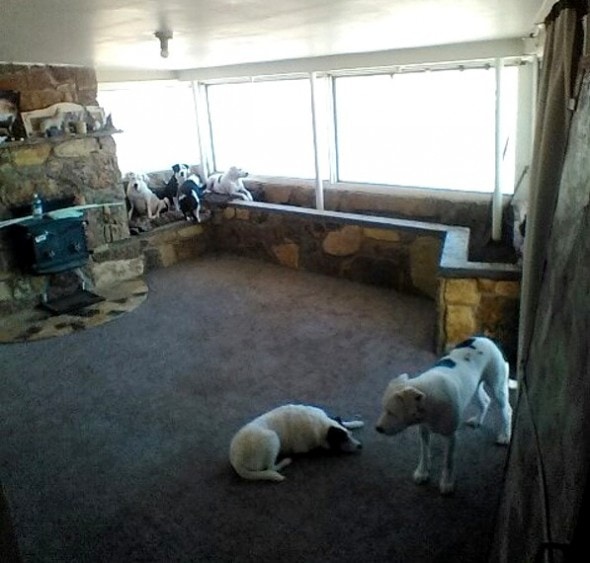 In September, Arden had an occupancy hearing to see if his rights were being violated, as he hadn’t been given a legitimate reason for being evicted when none of the other tenants were.  Though he didn’t win in court, it was all for the best.  Just in the nick of time, Arden found a new home!

“We found a place in Centerfield, Ut. and it is HUGE!!! Thanks to the response from your articles we were able to add extra to the deposit for the pack,” he said. “It’s twice the size of the apartment and $50 less a month!”

It’s much bigger than the old place, with enough room for “super king size bed,” as it can get below zero some nights.  There are lots of bedrooms, a fireplace, and a couple acres for all the dogs to run around on. 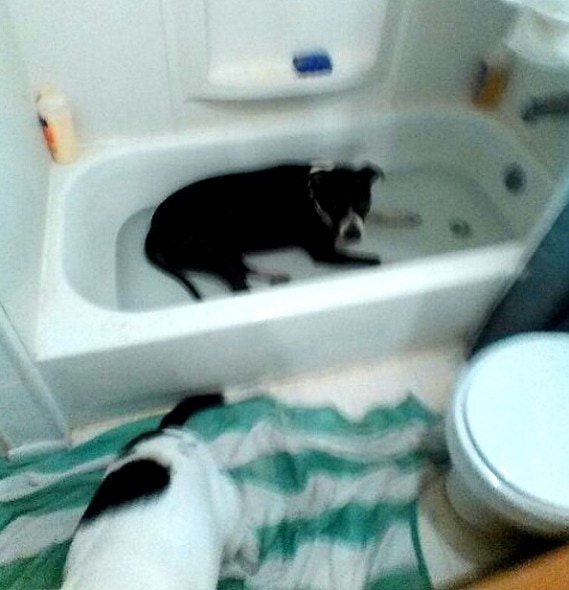 “Cheeriott lounging in her bathtub. I can’t take a bath without her climbing in,” he joked.

Arden even has the option to buy, which he is going to do, and it’s all thanks to your donations.

“Thank you again, from the bottom of my heart, soooo much for your help. Blessings to you always!” 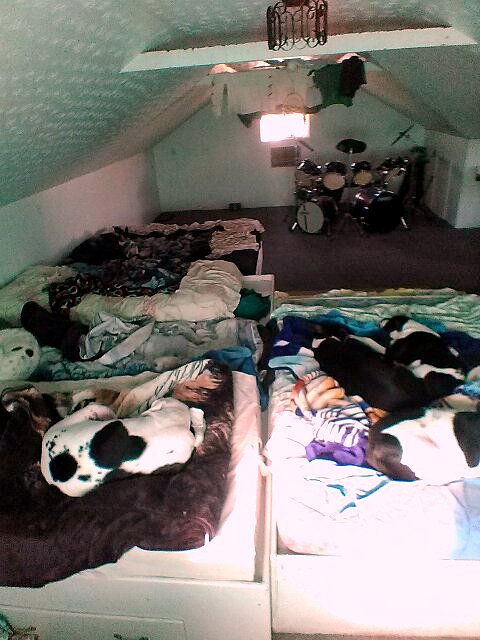