You may remember the gruesome story of Baron, the dog who was found a few weeks ago in Detroit with his ears and nose carved off.  A medical team did the best they could to patch him up, and now this sweet boy is being loved on by his new family.

On January 18th, the Michigan Humane Society received a call from a good Samaritan who saw the dog in his dreadful condition on Detroit’s east side and wanted to get him to safety.  Rescuers rushed to his aid and got him to MHS’ Mackey Center for Animal Care, where he was treated and made as comfortable as possible. 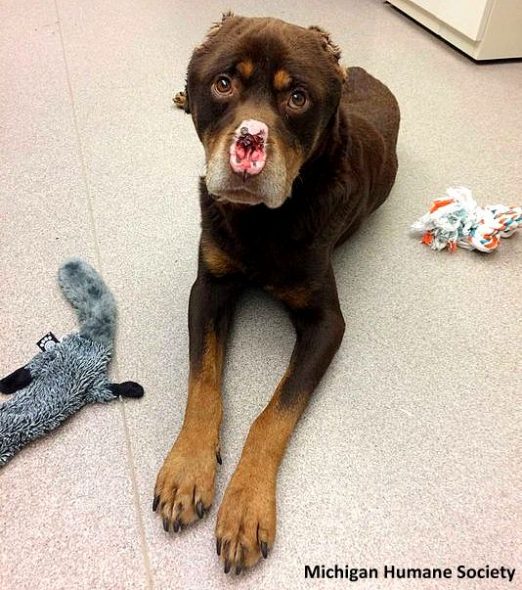 Despite a $40,000 reward being raised, the culprits have still not been named.  But Baron is doing much better.  He had reconstructive surgery on his nose, and his slashed ears, tail, and legs have healed.  After six weeks of care, a forever home was found for this darling. 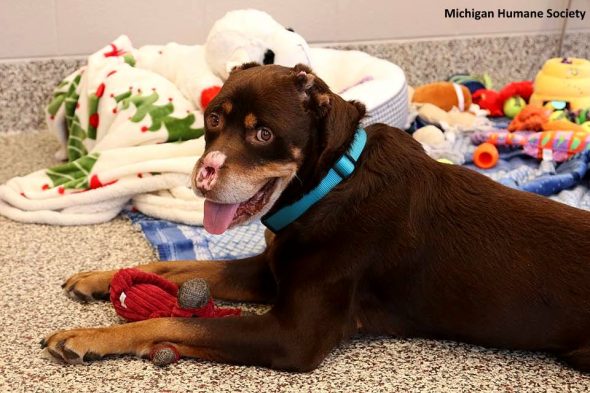 Lara came across Baron’s story through a client at work, and within minutes she texted her husband Todd to tell him she had found their next dog.  They were saddened and mortified by what had been done to Baron, and having had experience with a rescue rottie, Lara was prepared to take on another one.

“It’s a great feeling – not so much that we chose him – this morning’s reaction when we first met, I think, shows that he chose us as well,” Todd said.

Best of luck to the whole family – may Baron know only happiness from here on out! 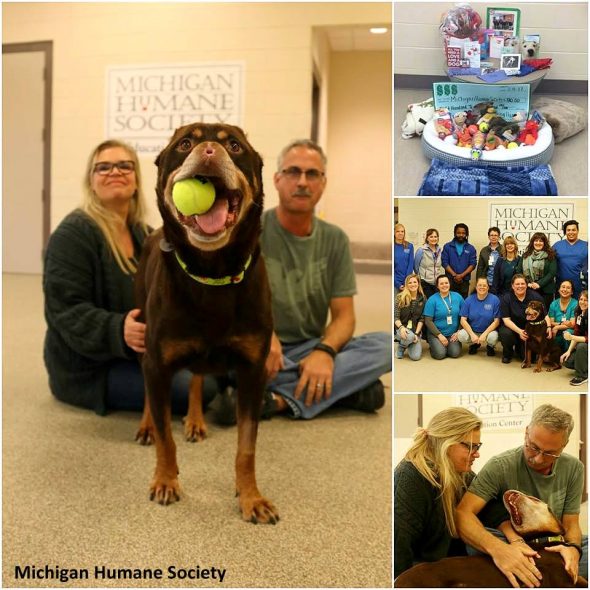