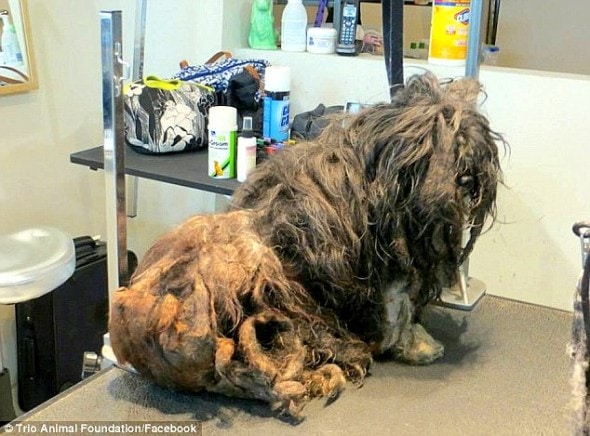 Back in July we shared with you the story of Ellen, one of the worst cases of grooming neglect ever seen.  A whopping two pounds of urine- and feces-caked fur was shaved off.  We’re now pleased to tell you that she is now a member of a family whom she loves – and personally picked!

Animal workers from the Trio Animal Foundation gave the stray dog a makeover of a lifetime when she was found wandering Chicago in July.  She was so badly matted that staff couldn’t tell if she was male or female.

The “clump of pungent, urine-soaked matted fur” was hungry, and in very bad shape. 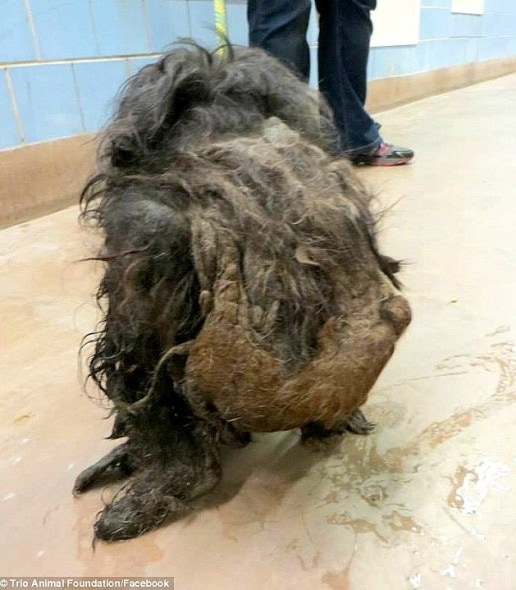 “Flies and gnats swarmed around the pup and what appeared to be the dog’s back legs dragged on the floor and left a watery trail… just like a snail, said TAF’s Sue Naiden.

“Even though we had to pull out fur that had grown two inches down Ellen’s ear canal and shave matted fur away from her irritated paper-thin skin, never once did Ellen growl or show her teeth,” Naiden said. 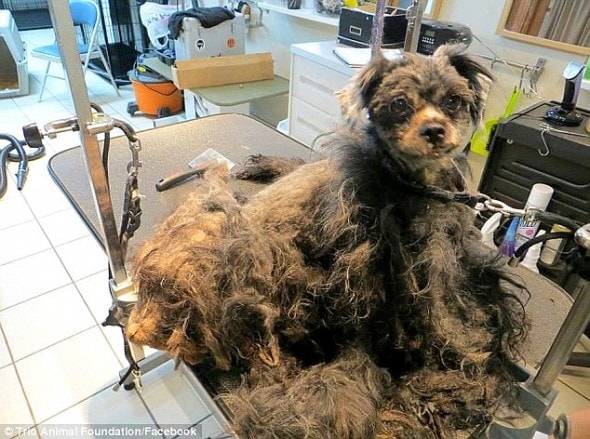 “The amount of grooming tools that [the groomer] had to use to break through the hard shell of fur was unbelievable,” Naiden said.  “The first time that she could feel the touch of my hand on her newly shaven back… She looked me in the eyes and it was as if she was saying thank you… Her past abuse was literally being shaved away.”

She was bathed and vaccinated, and then a home had to be found for her.  Hundreds applied, but it was narrowed down to three.  (Hopefully the “rejects” adopted another also dog in need!)

TAF knew the right family had been found when Ellen connected with a dog named Linus. 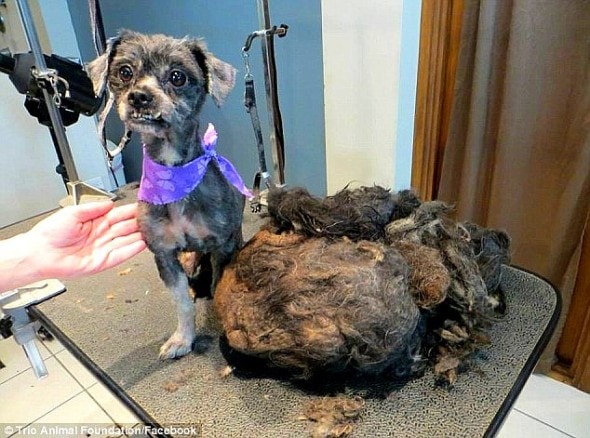 “Ellen’s eyes lit up, and she ran right to him,” Naided said.  “It was love at first sight and she made it very apparent that this was the family that she wanted to call her own… it was then that our mighty girl picked her forever home.”

Though she is out of the shelter, Naiden and the rest of the staff will always have a place for her in their hearts.

“We will so miss seeing this resilient girl running around and jumping on the laps of those that aided in her recovery and fell in love with her. By far… saving Ellen is one of our proudest accomplishments.” 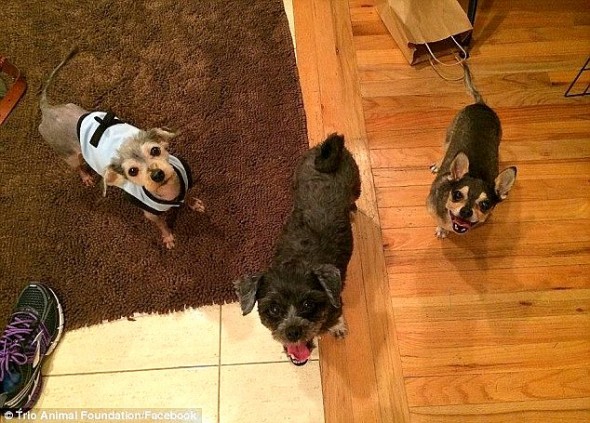